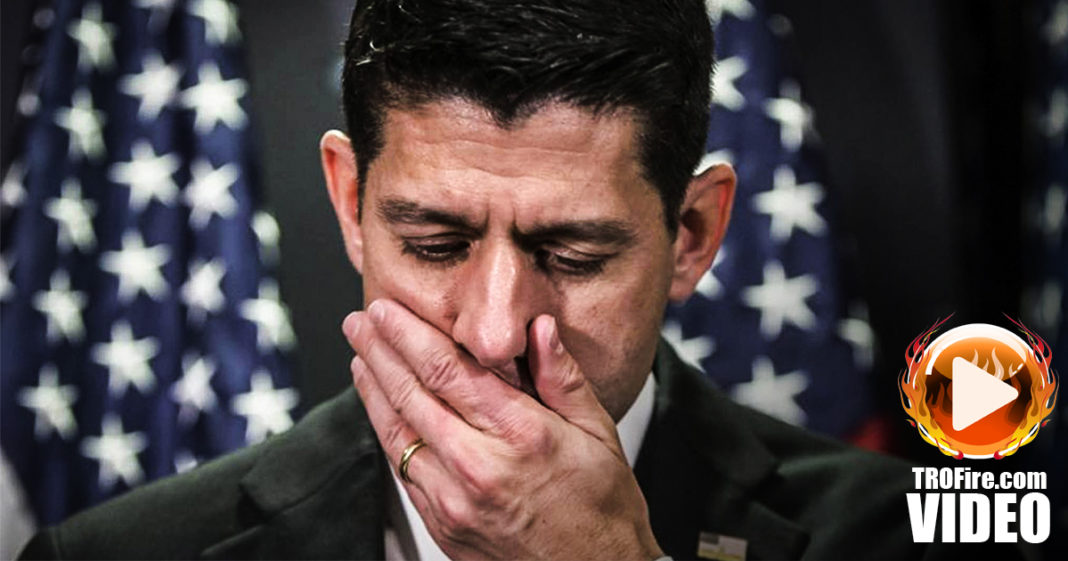 Paul Ryan might have won his primary, but he’s still terrified about losing his power in the House of Representatives.  So he’s doing what all desperate Republicans do – sacrificing himself on the altar of the Koch Brothers. Ring of Fire’s Farron Cousins discusses this.

This week, Paul Ryan officially won his primary against his challenger who was endorsed by Donald Trump. But, things are not all good in the land of Paul Ryan. Last week, at a Koch Brothers retreat in Colorado, Paul Ryan told the crowds that “Look, it’s great that you’re giving money to the Senate, so that we can keep control of the Senate, but I have to warn you, we could very easily, and very probably lose the House of Representatives if you wealthy donors don’t start giving us more money.”

Now, Paul Ryan here is doing what all desperate Republicans always have to do, and that is sacrificing himself on the alter of the Koch brothers and other wealthy Republican donors. This really is a perfect situation to mock right here. You know, the Republicans allowed the Tea Party, the racists, everybody in between to come in and hijack their party. People like Paul Ryan, who is very much a Tea Party guy has no where left to go, because the Tea Party has even gotten to radical for him in some instances. He has to go begging the Koch brothers, who by the way created the Tea Party movement, to get them to hand over just a little bit more money so he can keep his job.

Well, hopefully the Koch brothers aren’t going to buy into it this time. In fact, from what we’ve seen so far, the Koch brothers seem more interested in funding state races than they do national races. Paul Ryan and the other Republicans in the House of Representatives are reaping what they have sown for years now, and that is the coming of voter backlash against the Republicans because of Donald Trump.