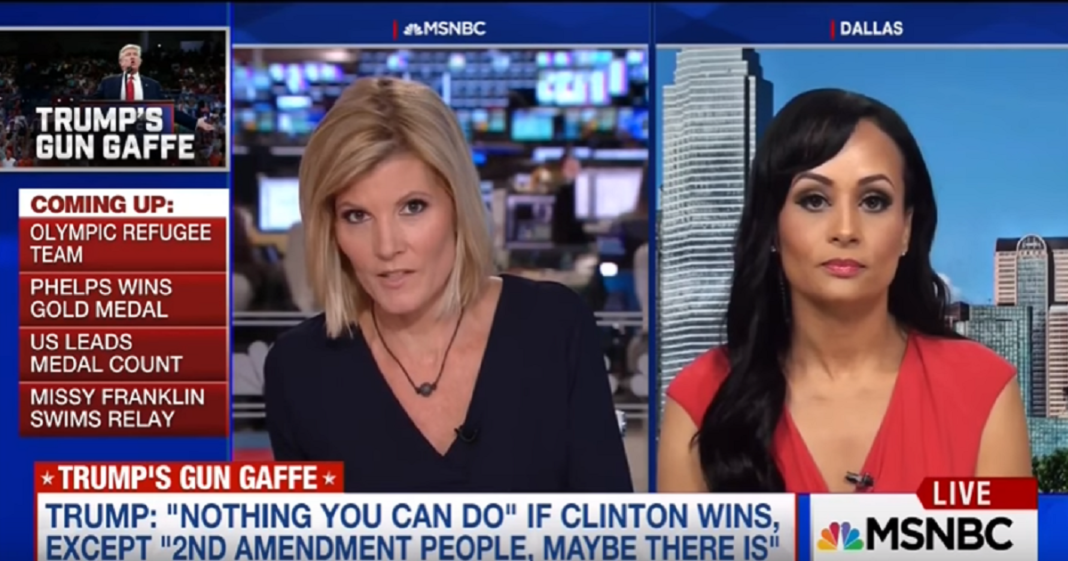 Anytime Donald Trump has said or done something condemnable this election season, he has always been able to rely on his tireless P.R. pony Katrina Pierson to gallop in and deny, deny, deny.

Each time we think Pierson can’t possibly spin this comment, she somehow manages to, which is why her complete failure to properly spin Trump’s threatening comment made Tuesday all the more shocking.

And it’s not that Pierson didn’t give it the old college try! As she always does, she came out of the media gates swinging, determined to deflect attention from her beloved leader Mr. Trump. But unlike before, Pierson likely did more harm than good and made such a mess of the situation that the MSNBC host interviewing her was left utterly speechless.

After a lengthy back-and-forth over the issue, Person declared,

“I’m speechless because I’m trying to follow your logic here, Katrina, and I’m having a hard time.”

You and me both, lady.