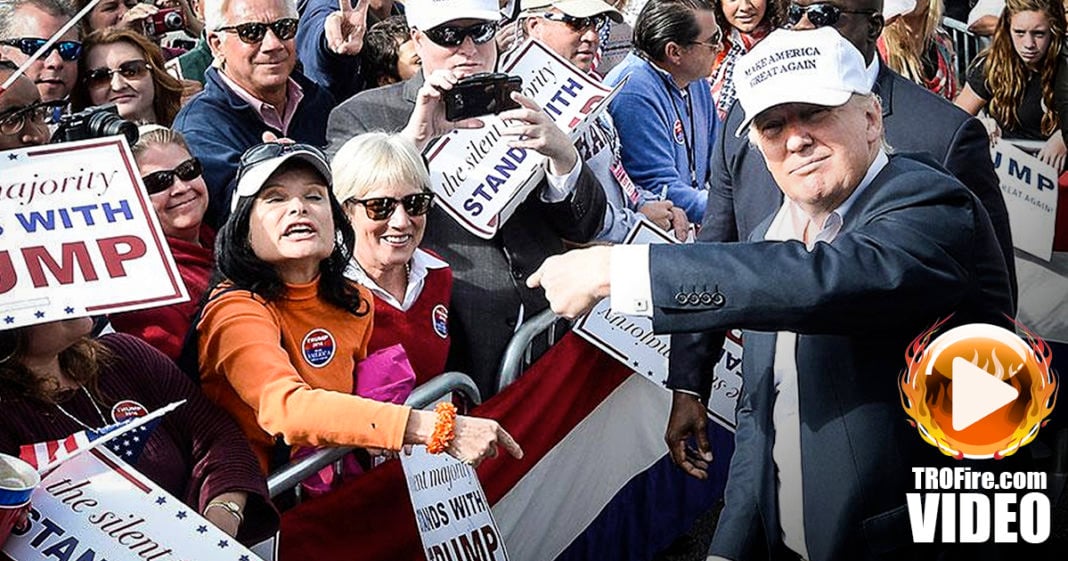 Whether it’s calling for the assassination of his political rival, or asking a foreign government to hack into the files of the former Secretary of State, Donald Trump is no stranger to saying things that would land the rest of us in prison.  The Donald Trump show has gone on for too long, and anyone who still supports him needs to have their head checked out by professionals. Ring of Fire’s Farron Cousins discusses this.

Donald Trump in a speech said, “Hey, maybe the Second Amendment people can do something about Hillary Clinton or her court picks.” By now, I’m sure you’ve always heard that. You’re just as sickened and disgusted by it as everybody else’s, but that statement is just part of the larger Donald Trump problem.

Remember, it was less than two weeks ago when he called on a foreign government to hack into the emails of a former Secretary of States, former Senator, former First Lady. He wanted that to happen which is borderline treason. We have an attempted, inciting of an assassination. A thinly veiled attempt to incite that. Calling on the Russian government to hack into Hillary Clinton’s emails which is treason and espionage.

Then let’s not forget that few months ago he told people that, “Hey, I could walk out in the middle of the street, shoot somebody in broad daylight and I wouldn’t lose any support.” The crowd went crazy. Look, the Donald Trump freak show is a never ending source of outrageous, scary, stupid comments. That’s not the point anymore. The point is, there are still brain dead Americans out here who actually support and believe and want him to follow through with what he’s saying. That’s the problem.

It’s not Donald Trump. It’s the people out there with the Trump bumper stickers. That people who say, “Yes, I believe in this man.” There’s something wrong with them. There’s no other way to say it anymore folks. There are something mentally wrong with any human being who looks at what Donald Trump says and says, “You know what, I agree with that. I think this guy has got something going on there.”

That’s wrong. That’s not a normal, rational way to think as a human being. Either these people have very severe mental defects that prevent them from feeling empathy or they have IQs in the single digits. I don’t know which one it is, but I would guarantee you it’s got to be one of those at this point. For anybody, any American citizen to stand up, willing to put a Donald Trump bumper sticker on the back of their car, there’s something wrong with them. We need to get these people some serious help before they destroy our country through Donald Trump.