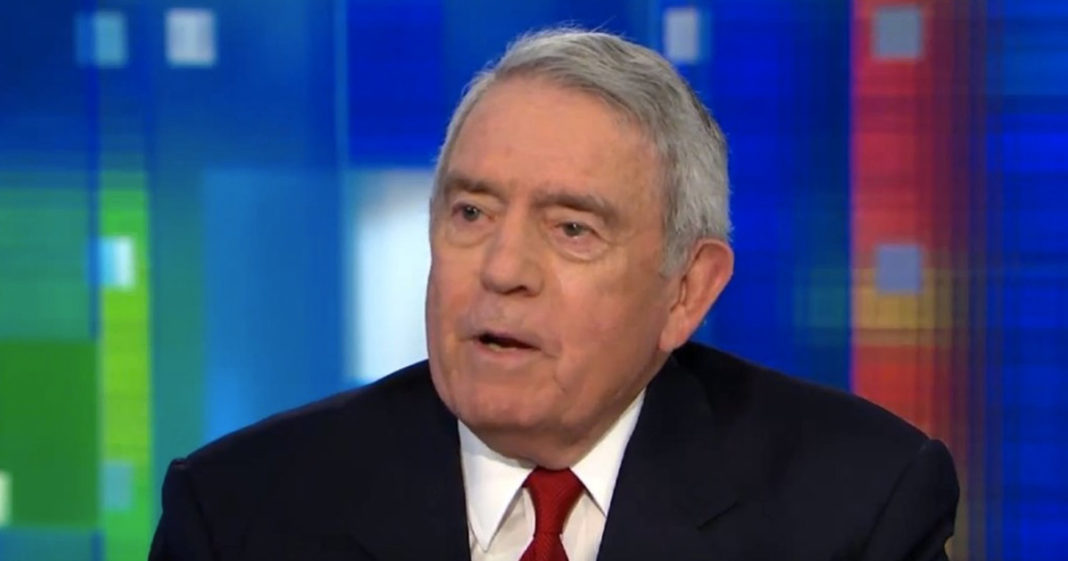 Comments made by Donald Trump on Tuesday succeeded in drawing even more ire than was previously thought possible from individuals on both sides of the aisle.

No matter how you try to slice and dice it, Trump suggested, however flexibly, that if people were unhappy with how Hillary Clinton governs, they should resort to violent means in order to get their own way. It was a horrifically dangerous and unprecedented moment which helps to explain why Clinton wears a bulletproof vest at all times.

The comment was so extreme, so damning, that any politician who stands by Trump from here on out will be ruined politically forever once the general election is over, and they deserve it.

One journalist who has felt the need to break his journalistic impartiality to respond to these comments is legendary Dan Rather who posted a damning criticism of Trump on Tuesday in response to the ‘2nd Amendment people,” comment.

“No trying-to-be objective and fair journalist, no citizen who cares about the country and its future can ignore what Donald Trump said today. When he suggested that “The Second Amendment People” can stop Hillary Clinton he crossed a line with dangerous potential. By any objective analysis, this is a new low and unprecedented in the history of American presidential politics. This is no longer about policy, civility, decency or even temperament. This is a direct threat of violence against a political rival.”

“To anyone who still pretends this is a normal election of Republican against Democrat, history is watching. And I suspect its verdict will be harsh. Many have tried to do a side-shuffle and issue statements saying they strongly disagree with his rhetoric but still support the candidate. That is becoming woefully insufficient. The rhetoric is the candidate.”

You can read Rather’s full comments on his Facebook page.