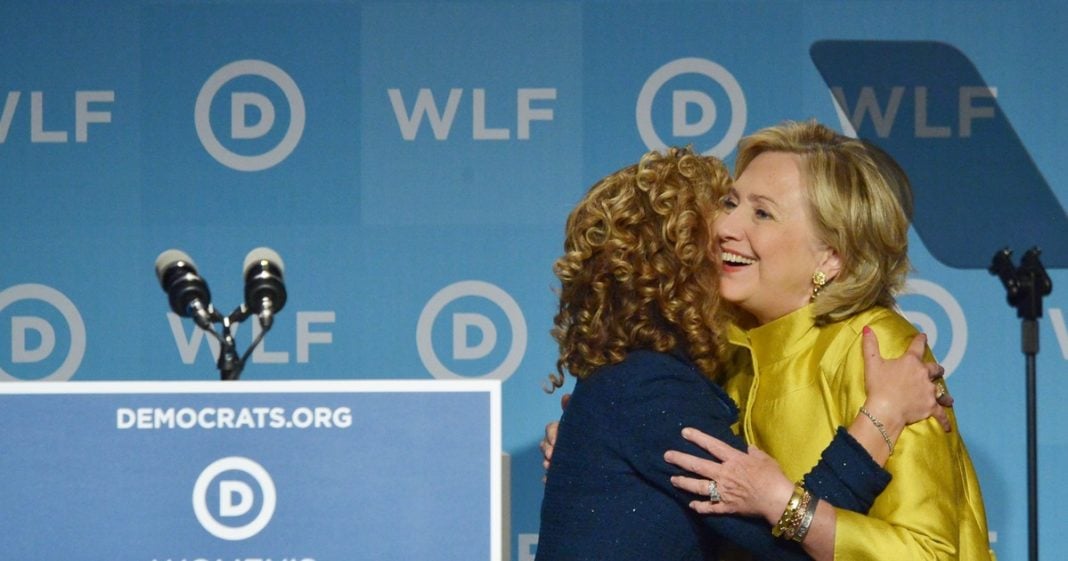 Yes, though many of us had hoped that Clinton might finally pull her support amid the massive cloud of bad publicity that is Wasserman Schultz, it appears that their alliance is stronger than a few hacked emails and Clinton intends to continuing endorsing her crony coworker.

Clinton made a quick stop at Wasserman Schultz’s Florida campaign office to personally deliver a message of support when the candidate is at her lowest,

“I’m here today with a very simple message: I can’t think of anyone who deserves your support for re-election, starting with the primary on August 30th, than my friend Debbie. And I am committed to doing whatever I can to support her as she returns to the Congress with your support. Please do everything you can to make sure Debbie has a resounding victory on August 30th.”

Really, Hill? You can’t think of anyone who deserves being elected other than crooked Wasserman Schultz who again and again bent and broke the rules in order to cheat your way to the presidency? You can’t think of a single better qualified person than the woman who repeatedly dodges any attempts to debate her primary opponent and refused to even take questions about it?

Of course, that is the sort of honesty and transparency we have come to expect from the Clinton crew, it’s just disappointing to see the cycle perpetuated so blatantly.

We can easily say we side with Bernie on this one and can’t wait to see Wasserman Schultz updating her LinkedIn profile and searching for a new line of work come November.