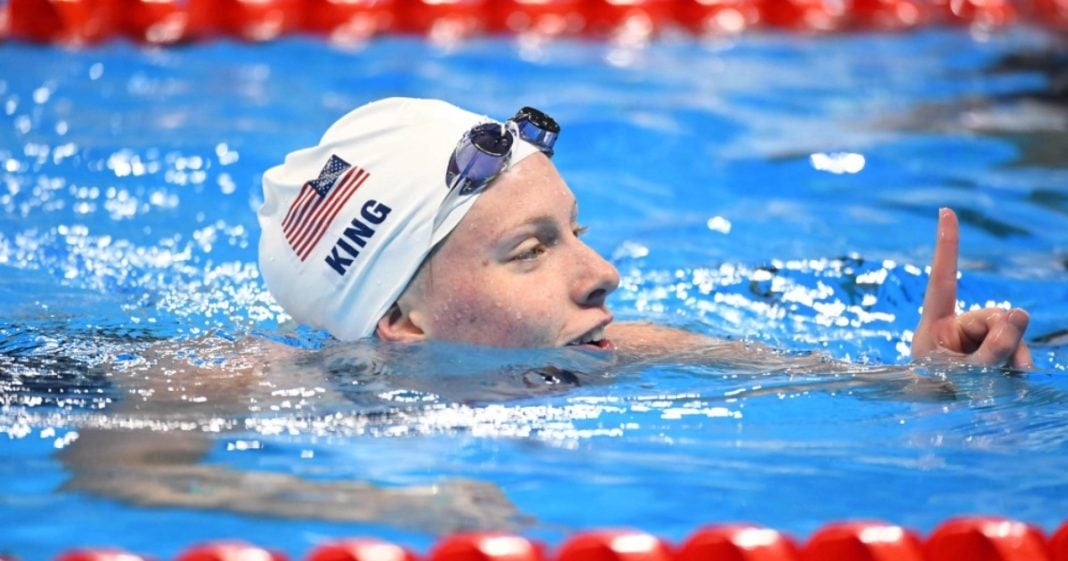 When American swimmer Lilly King proved victorious over her Russian rival Yulia Efimova on Monday evening in the 100-meter breaststroke, the victory was more than just a display of strength over an opponent: it was a validation of everything King had worked for as she defeated a bitter, cheating rival.

King had long been critical of Efimova after she served a 16-month ban for using banned substance Meldonium. Efimova again tested positive for the substance this year, but she got her ban for the Rio Olympics overturned.

King believed Efimova should have not been able to compete at all, but with no other option, she resolved to defeat the cheating swimmer. King made her stance clear again and again at the Olympics, giving Efimova disdainful glances and saying after the final,

“There is a way to become the best and do it the right way.”

Americans found themselves cheering heartily for their fellow statesman, and when she proved victorious, we were all celebrating alongside her as she enjoyed a bit of well-deserved gloating toward her rival.

The moment King won the gold, she turned to her second-place Russian rival and wagged her index finger, seeming to say “no, you can’t win against me, no matter how you cheat.”