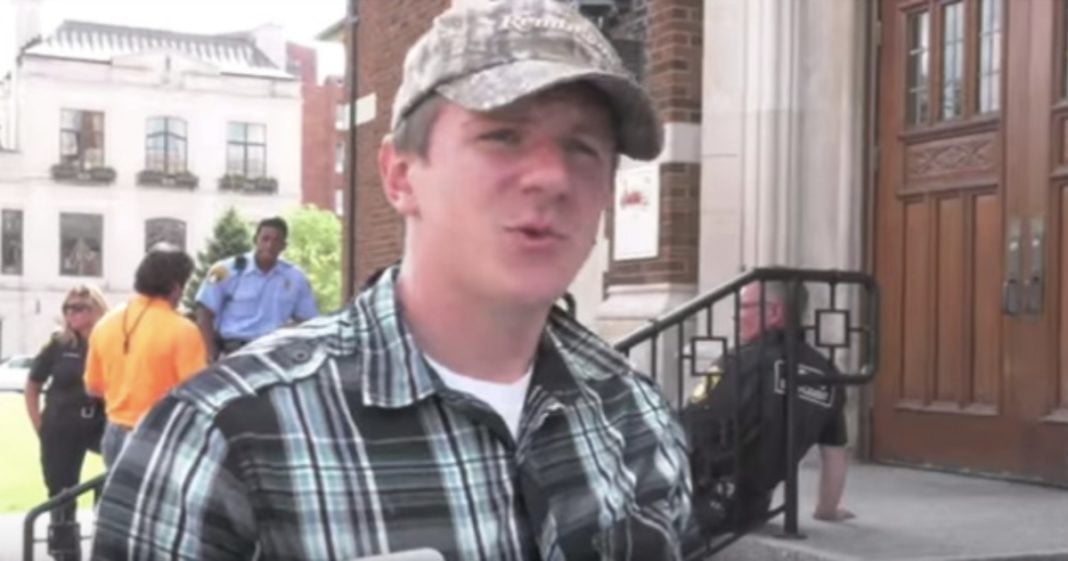 Conservative scalawag James O’Keefe is at it again, secretly recording individuals in the hopes of exposing government and organizational crime as the vigilante Jason Bourne he wishes he could be.

O’Keefe, who has a long history of attempting to shut down ACORN, Planned Parenthood, NPR and other organizations he is opposed to by secretly recording and attempting to goad employees into illegal activity, is at it again.

This time, O’Keefe headed to a Michigan voting station where he impersonated a local news columnist and tried to see if the poll-worker would allow him to vote without an I.D..

Michigan is one of many states which require a photo I.D. in order to vote, but as O’Keefe found out, there are some small exceptions to the law. O’Keefe, who believes in the myth of voter fraud, apparently believed that Michigan laws are too lax when it comes to voting, and he felt he exposed this vulnerability.

In doing so, he came awfully close to violating the law himself – and how sweet that would have been! Instead, O’Keefe caught no wrong-doing, and in fact was awfully close to getting caught by election officials who could easily see past his ruse.

The man O’Keefe impersonated, Brian Dickerson, penned a column explaining what exactly went on and explained,

“James O’Keefe is a professional liar.

He just isn’t very good at it.”

“I wish I could muster some righteous indignation over this outrage. But the thing is, O’Keefe didn’t get very far.”

You can read Dickerson’s column here.