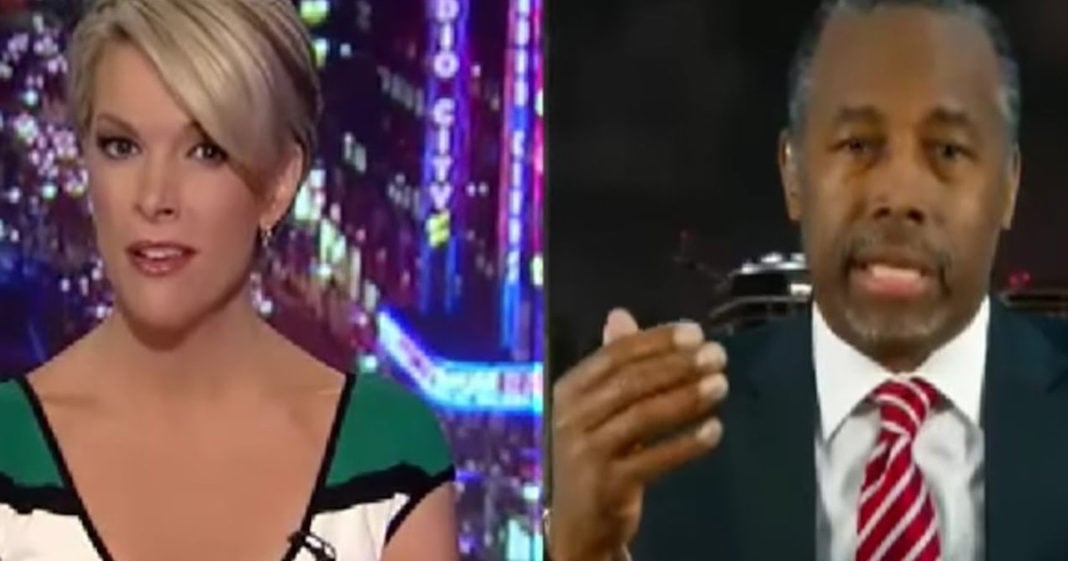 In this Majority Report clip, Ben Carson struggles to stay awake whilst appearing on the Fox News network. He’s there to explain to Megyn Kelly that the Khan family, who Trump attacked last week after Khizr Khan spoke out against Trump’s policies at the DNC, should apologize to Donald Trump. That’s right, Khizr and Ghazala Khan, two Muslim Americans whose son died fighting in Iraq, have been publicly attacked by the Republican nominee for president. And Dr. Ben Carson would like them to apologize to a racist, xenophobic idiot for suggesting that he’s never read the Constitution, which he most certainly has no memory of reading if he ever read it at all.