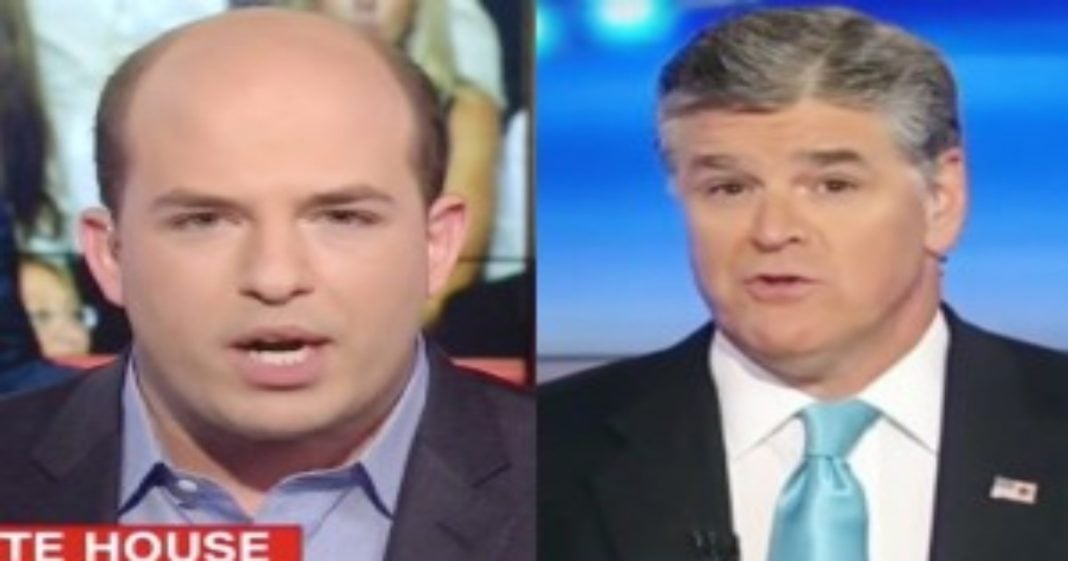 Most of us in the progressive sphere are well aware that the majority of corporate media isn’t worth the television it’s broadcast onto, but each network likes to think that they, among all the rest, are the honest news source on which we should all rely.

This can lead to funny interactions like the one between Fox‘s “stupidest anchor” Sean Hannity and CNN media hack Brian Stelter.

While Stelter works for a network which touts itself as being the liberal-leaning source, we have seen them again and again fall prey to pandering and straying far from what anyone could consider progressive. CNN was the network which eagerly employed Corey Lewandowski and who gives the likes of Jeffrey Lord air time to spew his hateful rhetoric.

And yet they have the gall to criticize Hannity?

Hannity is a terrible pundit, there’s no doubt, but it’s a little rich for CNN to turn its critical eye on a guy who, at the very least, is as transparent as glass. With Hannity, we know exactly what sort of horrific trash he is feeding us while CNN pretends they’re giving us nothing but gold.

It’s the same trash in different packaging, and we’d rather say “no thanks” to all of it.