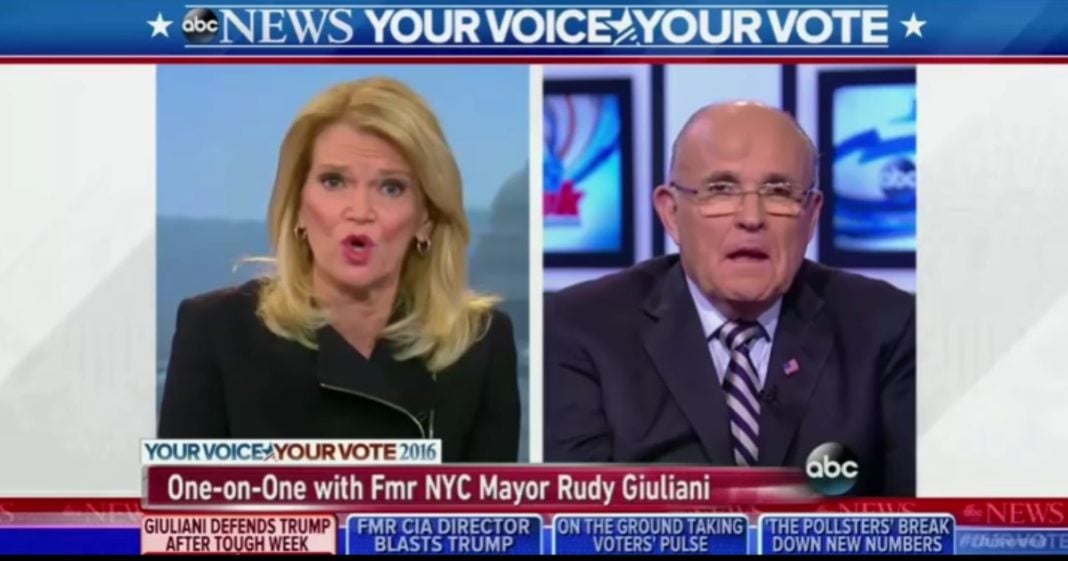 The dead horse has been beaten into the finest Trump Steak and the most buxom lady has sang her last tune (though not been paid, lawsuit pending), and yet we’ve got conservative dingbats like Rudy Giuliani still holding on hope that the bygone Benghazi scandal will prove victorious in taking down Hillary Clinton.

Giuliani, who has been one of Trump’s most ardent supporters, said in an interview on This Week that Trump’s controversy with the Khan family is nothing compared to the controversy of Clinton and Benghazi. In fact, Giuliani said that was the reason why it seemed Trump was losing – the media was showing clear bias!

Thank God we’ve got this right-wing wingnut to remind us of the dirty B-word and remind conservatives once more why they’ve deluded themselves into believing that horrific Trump is somehow a better choice than Benghazi-ridden Clinton.

We know the conservatives are grasping at straws here to defend their violently stupid demagogue, but this straw has been grasped so much and so often that it’s worn down to nothing. Time to let it rest, Rudy.