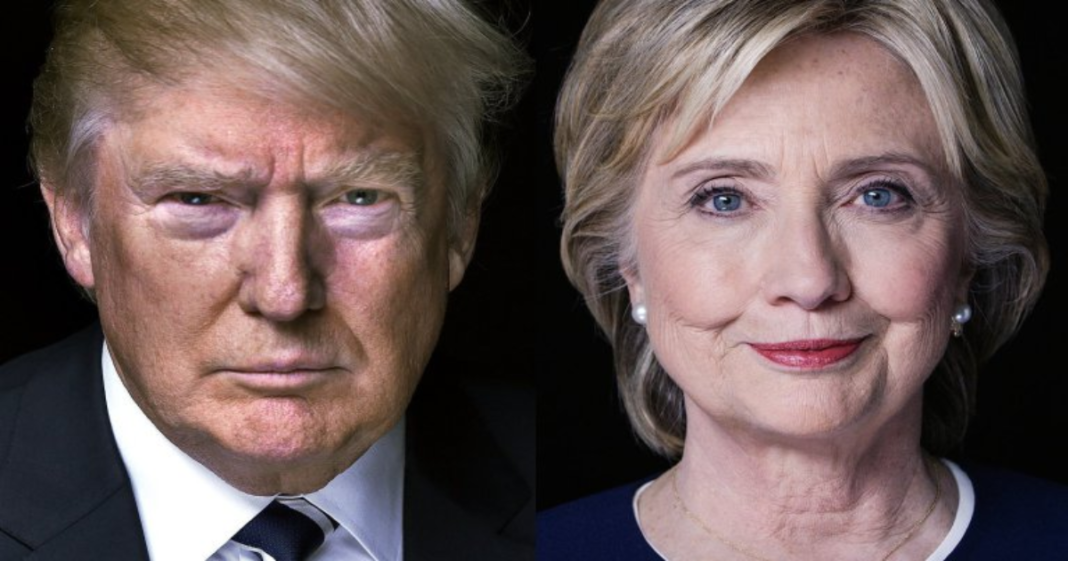 In a major shift in the 2016 presidential race, notable polls put Hillary Clinton at the landmark threshold of 50 percent for the first time.

The most major poll which registered Clinton at 50% was the national Monmouth poll which placed Trump at 37% and Libertarian candidate Gary Johnson at 7%.

Several factors have led to this leap in support for the Democratic nominee, namely her performance at the Democratic convention as well as Trump’s major conflict with the Khan family.

If you noticed, Clinton wasn’t in the news much at all last week, while Trump seemed intent on keeping his arguments with the Khans front-and-center.

Out of everything Trump has done in his campaign, his controversy with the Khan family has been the single most damaging element, pushing even the most ardent establishment supporters further away from being able to support the nominee.

Another national poll, the C-Voter placed Clinton at 50% as well, putting trump at 44%. That poll didn’t include Johnson, which seems to explain the 7-point bump from the Monmouth survey.

We can still expect polls to go back and forth significantly for the next several months, but it’s no doubt that anyone who opposes Trump is enjoying a big sign of relief to see the tides turning toward the rational.