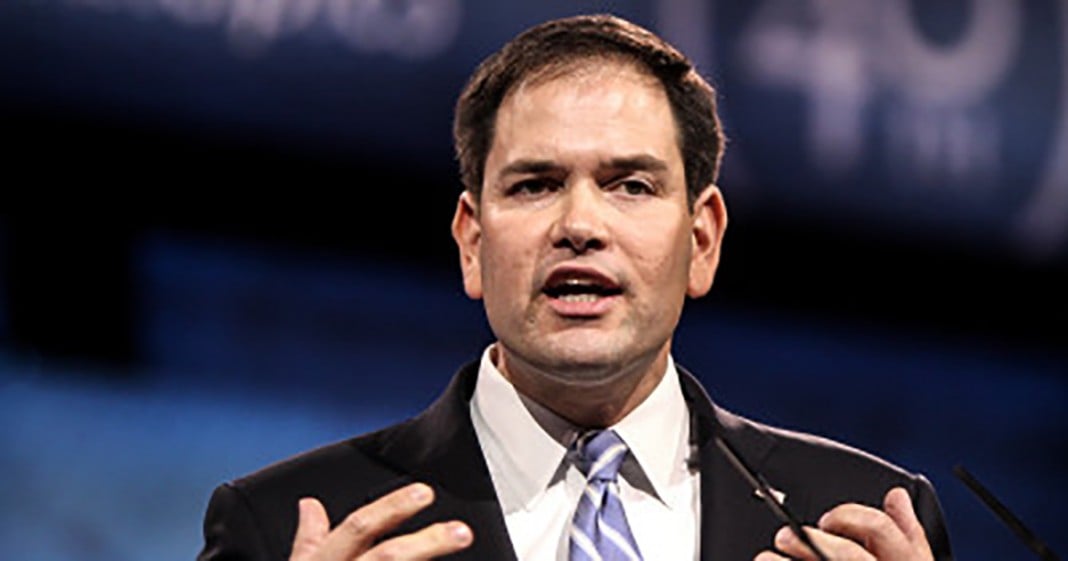 Senator Marco Rubio from the Zika-infected state of Florida has said this week that he would not support a woman obtaining an abortion even if she learned that she was infected with the Zika virus.

Rubio, who is ardently pro-life, said that even a child with severe Microcephaly would not fall outside of his sweeping pro-life beliefs.

“I understand a lot of people disagree with my view – but I believe that all human life is worthy of protection of our laws. And when you present it in the context of Zika or any prenatal condition, it’s a difficult question and a hard one.”

“Obviously, microcephaly is a terrible prenatal condition that kids are born with. And when they are, it’s a lifetime of difficulties,” he said. “So I get it. I’m not pretending to you that that’s an easy question you asked me. But I’m prolife. And I’m strongly prolife. I believe all human life should be protected by our law, irrespective of the circumstances or condition of that life.”

Rubio, who has been pushing Zika virus funding bills for the past several months is also being criticized by his political opponents for attempting to sneak in conservative legislation alongside the funding.

Rubio and other conservatives effectively killed a bill which would have given the much-needed zika funding by including lines in the bill about banning Planned Parenthood from providing birth control and other anti-pregnancy services to high-risk women in Zika-infested areas.

On this issue and many others, Rubio appears to be talking out of both sides of his mouth.