It’s easy to see that the Fox News network is not in the habit of hiring the brightest in political commentary, with much more emphasis placed on pundit’s ability stir the pot and say something that will get the uneducated viewership grumbling and turning the volume on their outdated, blocky televisions way up.

Which is why it came as a hilarious shock to many when Fox News numero uno anchor Sean Hannity was referred to by a Wall Street Journalist as “Fox News’ dumbest anchor.”

Bret Stephens posted this tweet, which incited untold amounts of fury from Hannity.

Fox News’ dumbest anchor had a message for y’all: https://t.co/AMQutLDeow via @Yahoo

Apparently having awoken the beast, Hannity sent off a slew of tweets attacking Stephens and attempting to defend his honor as only-the-second-stupidest anchor on Fox. 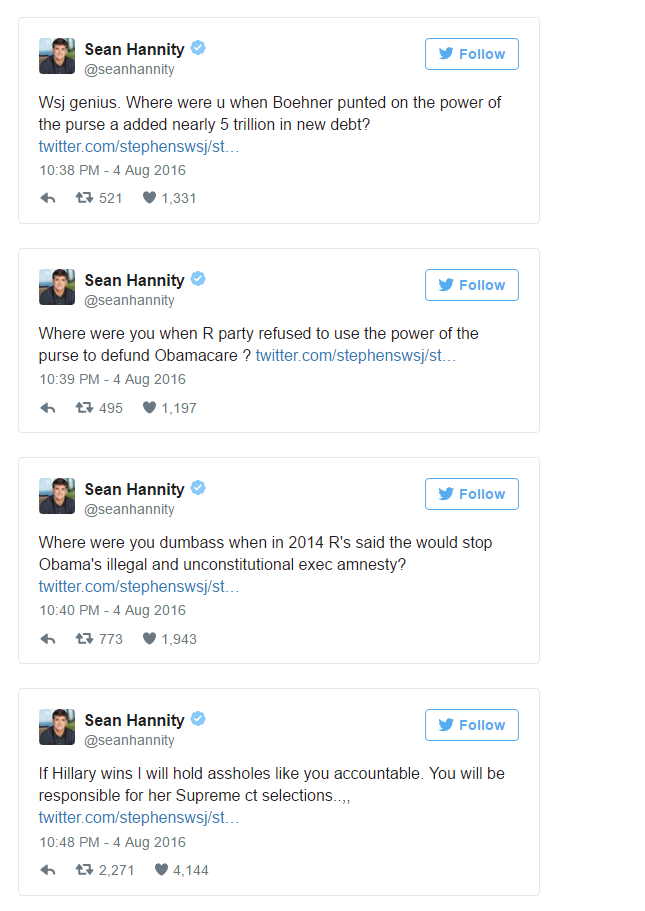