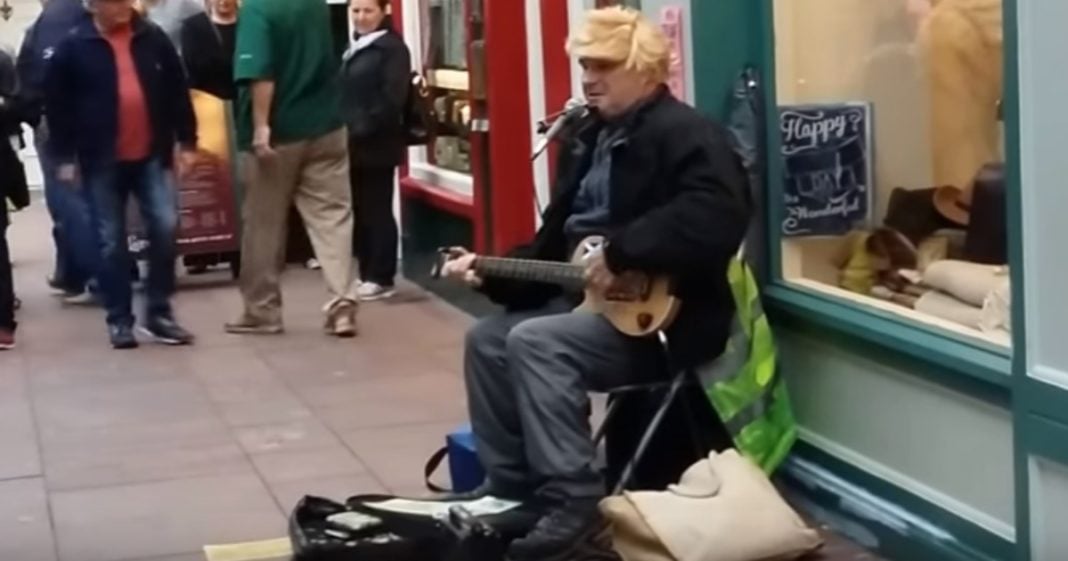 Scottish man Eric Gudmunsen set up shop in Killarney, Ireland where he serenaded tourists and locals alike with his funny parody song.

Taking cues from classic Irish drinking tales, this song is a real sing-along and features parts we can all shout in a crowded Irish bar, provided we’ve consumed the ideal amount of strong Irish ale.

“Well, my name is Donald Trump and I’m a huckster to the core/I’m an asshole and a shyster/But I’ll never be a bore.”