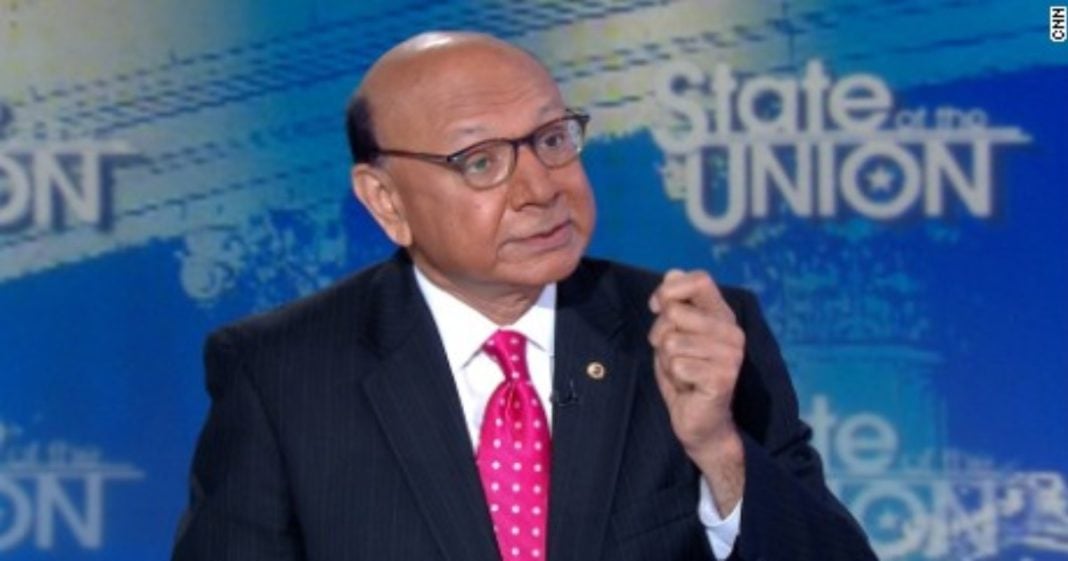 A former member of Bill Clinton’s administration Thomas Keefe has launched an online petition which intends to convince  Khizr Khan to run for the Virginia House of Delegates.

It’s been just over a week since the nation was rocked by the powerful testimonial from Khizr Khan at the Democratic convention.

Khan, a Muslim American citizen, told the story about his son, Captain Khan, who had died faithfully serving his country. During his speech, Khan attacked the Republican nominee, questioning Trump’s patriotism and asking him pointedly if he had ever even read the U.S. Constitution.

Khan’s moving speech spurned a slew of hateful comments from Trump and the feud has continued since that day, but each time, Khan has returned with measured, biting responses which cut to the heart of Trump’s insecurities.

Now, Khan has said that he is done doing interviews and publicly responding to Trump – for now. But others are hoping that Khan becomes much more visible and responsive – not less.

So far, Khan has not responded to media inquires concerning the petition and hefty sum raised, but we only hope that he does. His brand of honesty and integrity is something we need more of in our political system.

In just one week, Khan’s powerful words have done more to damage the Trump brand than months of political attacks from the media and politicians. Just imagine what other great things this wise man could accomplish.