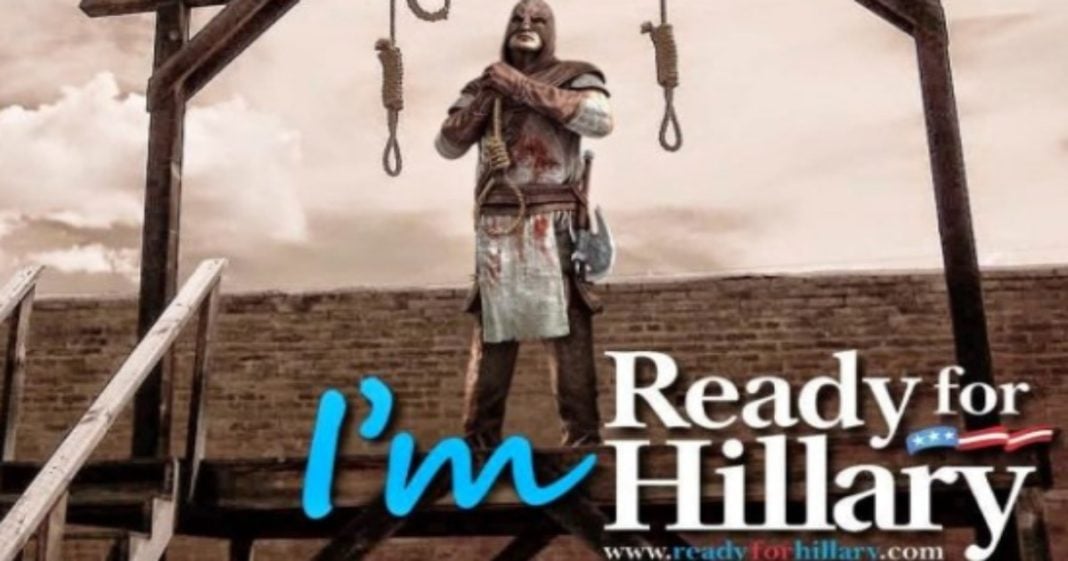 The Riverside County Republican party are facing quite a bit of backlash after a staffer posted an offensive image onto their Twitter page.

The image, which was later deleted, was accompanied with the caption, “I’m ready for Hillary,” and featured a masked and bloody hangman standing in front of a couple of nooses.

The California-based Republican group do not have a very active social media account, but apparently the offensive and violent image was of high enough quality to pass their rigorous approval process.

Party officials blame an anonymous staffer for the tweet, but the county chairman Scott Mann offered a bit of a conflicting comment on the tweet. At first, he said it was “nothing more than political satire.” Later, he said the image “horrified” him, and he claimed responsibility for the deleting of the tweet.

We all know this wasn’t a mistake, an error, or a lapse of judgement – it was simply the GOP showing their true colors, once again.