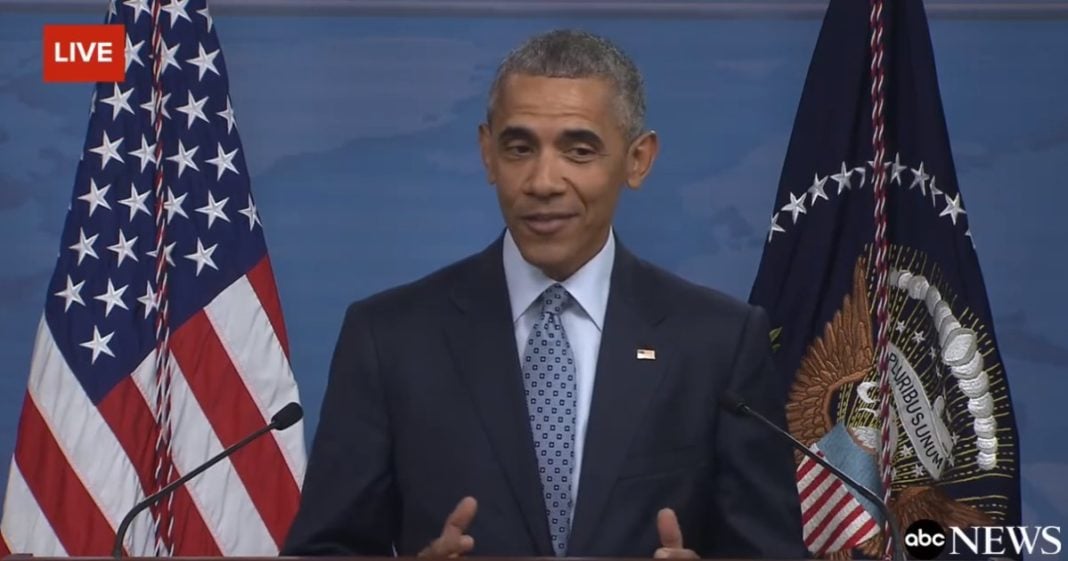 After the Republican nominee suggested that the November election may be rigged in some way against him, President Barack Obama was forced to respond, saying that any insinuation that the general election could be rigged for one candidate was preposterous.

“Of course the election will not be rigged! What does that mean? That’s ridiculous. That doesn’t make any sense.”