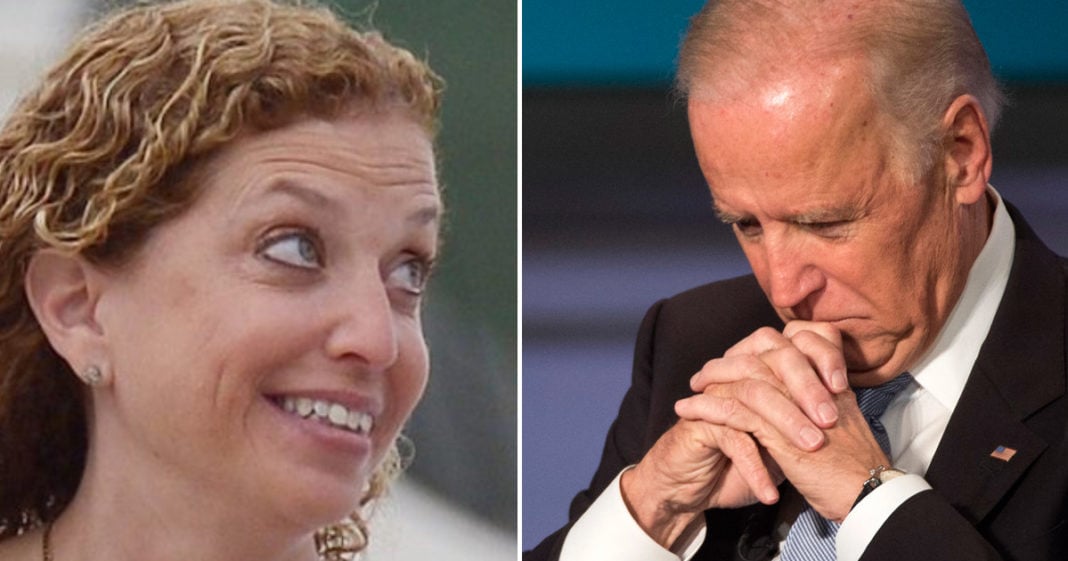 Congressional candidate for Florida’s 23rd district Tim Canova has issued an official plea to vice president Joe Biden, urging him to take back his earlier endorsement of Debbie Wasserman Schultz in the wake of her resignation from the DNC and the clear evidence of her corruption revealed in the DNC leak.

Canova, who is running against incumbent Wasserman Schultz, has everything to gain from this drop in support, though the chances of it happening are low – the establishment appears to love the former chair, even as she continues to besmirch the Democratic name.

In his op-ed on Medium, Canova lays out the multitude of reasons why Wasserman Schultz should be abandoned by any politician who claims to have a shred of integrity, including her contribution to division in the party through her bias, her mishandling of the DNC, abusing her position for personal fundraising, consistently supporting non-Democratic issues like payday loans, and reversing Obama’s ban on corporate donations to the party organization.

Said Canova in his open letter to Biden:

“Please, Vice President Biden, you have been a stalwart Democrat and upstanding American. Please refrain from campaigning and fundraising for the disgraced Debbie Wasserman Schultz. She now deserves to sink or swim on her own.”

I think we are all with Canova here in this plea. In Joe Biden, we see something of integrity and true Democracy, and his endorsement for establishment crony Wasserman Schultz is a dark mark on his character.