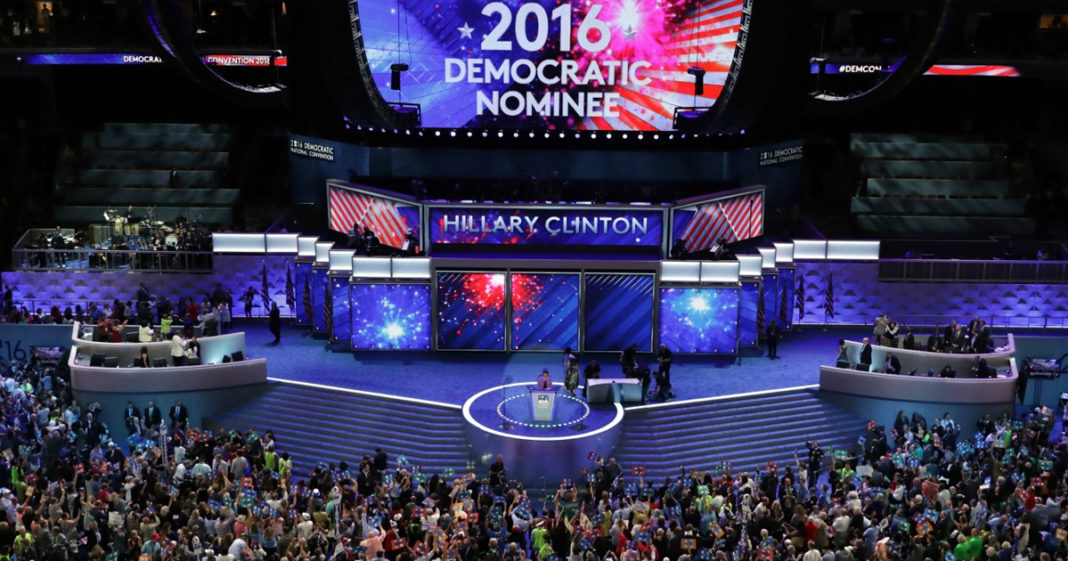 The dominoes in the Democratic party continue to fall, from the (near) top down as the repercussions of the DNC leak take effect.

First, it was the resignation of DNC chair Debbie Wasserman Schultz. Reports said that President Obama was forced to give the chair a call before she would stop trying to blame top staffers and take the blame, herself.

Wasserman Schultz then haughtily attempted to chair the convention before being literally booed off the stage. At that point, the former Chair told a Democrat leadership crowd that she had “[taken] one for the team,” by resigning, a clear indication that she hadn’t learned a damned thing.

Wasserman Schultz wasn’t left out in the cold, though, as she was immediately offered an honorary position in the Clinton campaign, likely as part of the negotiations with the party to force her resignation.

Despite her congressional challenge, Wasserman Schultz may also get to retain her congressional seat in Florida. All in all, not too bad of a gig for a woman who directly sabotaged the 2016 Democratic primary.

Then came the news that DNC CEO Amy Dacey was to step down from her position, citing the emails as a reason. According to Democratic party officials who spoke to Politico, before the ouster, Dacey had been pushed out of the party by Wasserman Schultz who directly excluded the CEO from vital decisions and discussions about the direction of the party.

We can’t confirm exactly what role Dacey played in the corruption of the party, but her inability to hold onto her authority is enough reason to welcome her exodus.

At the same time we heard about Dacey’s resignation, two other staffers at the DNC have also reportedly stepped down: communications director Luis Miranda and chief financial officer Brad Marshall.

These two members of the DNC were some of the most infamous names from the leak, with Marshall serving as the man who suggested that the party attack Senator Bernie Sanders on his religious beliefs and Miranda showed a clear bias toward Clinton repeatedly, attempting to drum up debate on the primary candidates inside the party structure.

There are surely more heads that should roll due to continued party corruption, but this is not an insignificant shake-up as a result of the leaks.