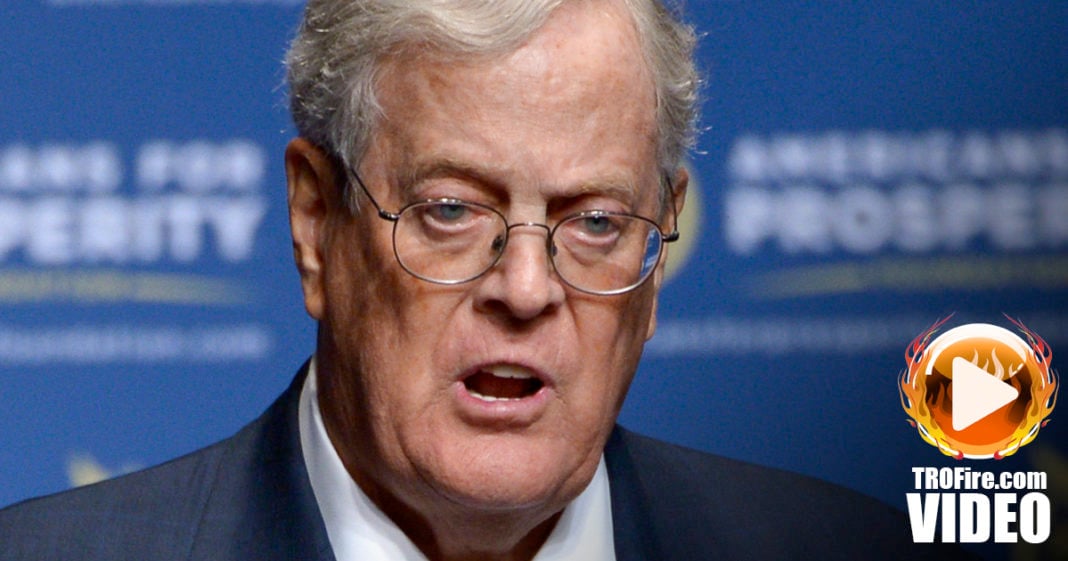 The Koch Brothers might not be throwing their money behind Donald Trump, but they are certainly still spending a lot of money this year. That money is being spent on state legislators and state Attorney Generals in the hopes that they will allow Koch Industries and other dirty companies to continue operating without oversight.

Donald Trump has actually raised a considerable amount of money through July, but there are a few Republican donors who are not willing to open up their wallets for Donald Trump. That includes the Koch brothers and big oil interests. However, don’t think that these guys are sitting out this election, because there is still plenty of Koch dirty energy money flowing right now. All of that money is going to state races. See right now the oil industry and the Koch brothers are pouring money into state Attorney General races, hoping to prevent any new federal regulations from effecting state operations. They also want to make sure that this Exxon investigation into what they knew about climate change does not reach out into other industries, so they’re trying to make sure that state Attorney Generals are placed well secured in their pocket.

It’s not just state Attorney Generals that the Koch brothers and Oil Industry are spending money on, and a bunch of other corporations are spending money at the state level as well. They’re buying governors, they’re buying state houses, they’re trying to remake this country state by state. The reason they’re doing that is because they know that they cannot count on Republican victories on the federal level in November. For example the latest forecast from Nate Silver at 538 shows us that Donald Trump is actually bringing down the rest of the Republicans on the tickets depending on where they’re running. The Senate is now in jeopardy because Donald Trump’s presence on that ballot is bringing down the other Republicans. The same goes for the House of Representatives. There is a very good chance that the Democrats could actually flip both the House and the Senate and retain the White House all because of Donald Trump.

Big money corporate donors aren’t going to take any chances. If they can’t own Washington, they’re going to own every single individual state from New York to California, all the way up to Alaska and back down to Florida. That is their game plan. It’s a lot cheaper to buy a state legislator than it is a US senator. The Koch brothers know that, this has been their plan for the last five to ten years. They’re not spending as much on federal elections because if they can change the laws in one county, make it to where that county can’t have union protections, they can open a factory there. Make it to where one city can’t ban hydraulic fracturing and they can go frack their brains out over there. That’s what the Koch brothers are doing and the Democratic party has been too slow to respond. This November we could be looking at a Democratic sweep all throughout Washington, but states across this country are going to be more red than ever thanks to that Koch brothers money.