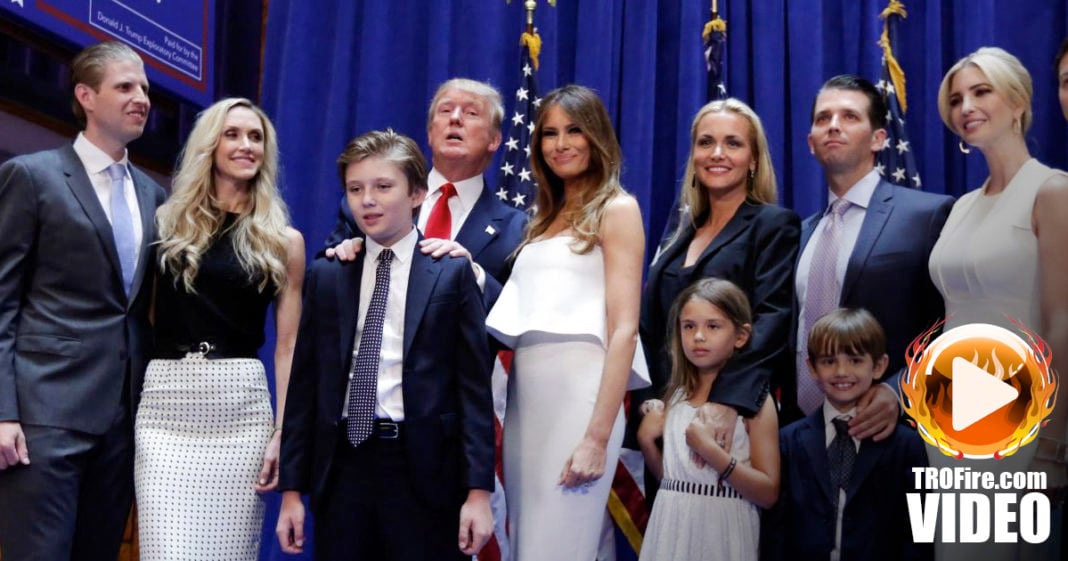 Both Donald Trump and his son Eric have a fundamental misunderstanding about sexual harassment. Rather than blaming the men who harass, the two Trump’s are out there telling us that “strong women” wouldn’t allow it happen, but if it does, they should just leave and find a new job.

Apparently there’s just a lot of bad genetics in the Donald Trump family tree. Now, recently Donald Trump said that if Ivanka ever was sexually harassed at any kind of job where she worked, he would hope that she would just leave. Go find a new job, a new career, a new company to work for. That is Donald Trump’s solution to sexual harassment. His son, Eric Trump, has a slightly different approach. Eric says that if you’re a strong and powerful woman, like Ivanka, you would not allow yourself to be sexually harassed.

I don’t know if these two boys understand what sexual harassment is, or where it comes from, but you don’t say that the victim, the person being harassed is the one who needs to go find a new job. It is all with the men who sexually harass people. Instead of teaching women how to respond to sexual harassment, how about we start teaching our boys, our children to not sexually harass. To respect women as their equals. Is that so difficult? Clearly the Trump family does not believe that. They believe that if a woman gets sexually harassed, she needs to take it upon herself to uproot herself, give up her livelihood, and hope to find a job somewhere else. Or, maybe your just so weak willed that you allow yourself to be sexually harassed. That’s the only problem that these men have with sexual harassment. It has nothing to do with the harasser, but all about those being harassed.

Keep in mind, that’s the man who wants to be the next president of the United States. Good luck getting the women vote with that kind of mentality, buddy.