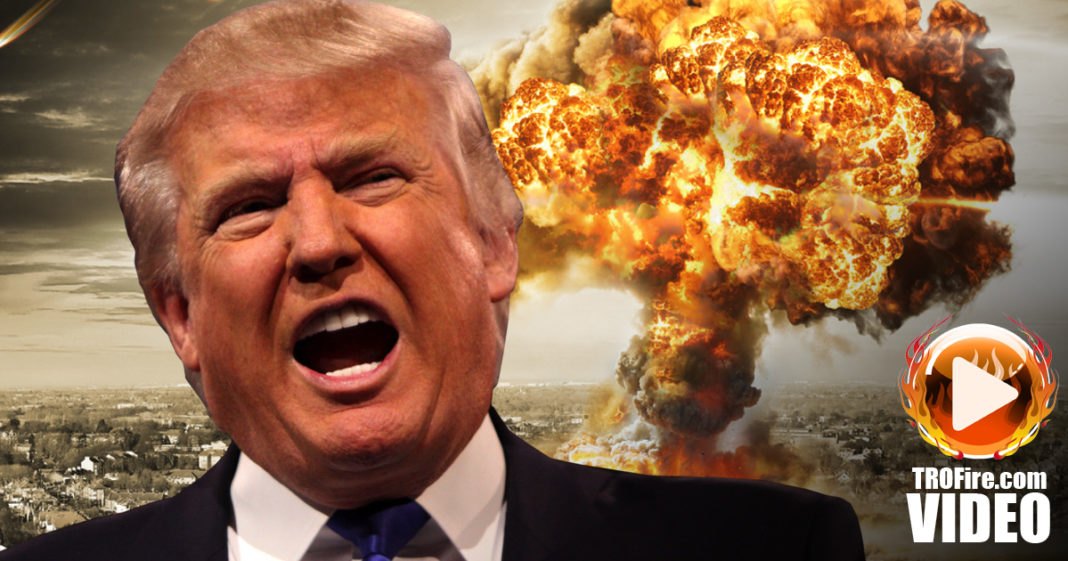 According to MSNBC’s Joe Scarborough, during a recent briefing on national affairs, Donald Trump asked his advisor no less than three times in one hour why we can’t simply nuke our way out of our problems. As if you needed anymore evidence to prove that a Trump presidency would be a global disaster.

It’s not very often that Joe Scarborough actually says something of substance, so when he does, we should probably all pay a little bit of attention. That actually happened this morning when he said, during an interview, that he was told by an anonymous source that several months ago, during a foreign policy/national security type briefing, Donald Trump asked his advisor three times in the span of one hour, “Why can’t we just nuke these people.?” That is the foreign policy approach of Donald Trump, and that is what makes him the most dangerous person to run for president during our lifetimes, because that is what he would do. That is what he wants to do. “Why can’t we just nuke these people?”

If you think that there’s not a world of difference between the foreign policies of Donald Trump and Hillary Clinton, to some extent you’re correct. Hillary Clinton is very hawkish, but I have no doubt in my mind that Hillary Clinton would never consider pushing that nuclear button. Whereas, Donald Trump would have to be physically restrained from pushing that button on an almost weekly basis, as long as he’s surrounded himself with people with enough courage to stand up to him. That’s what we’re facing in this year’s election.

You know, Hillary Clinton is not my first choice. Hell, she wasn’t even my second choice, but she is what we have to defeat Donald Trump. Hillary Clinton could be kind of bad for this country. For the most part, I think things are just going to keep going on the way they have with no real change in either direction. Donald Trump, if he gets to the White House, could easily start World War III. When he starts sending out his nukes, you better believe that those other countries that have nuclear weapons are going to be sending them right back to the United States.