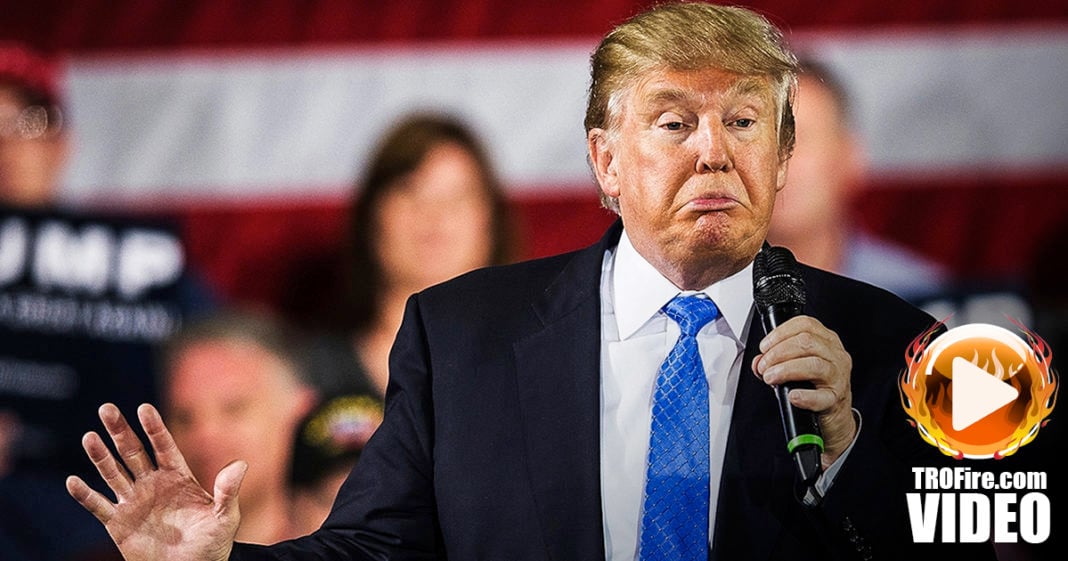 The latest polls show Hillary Clinton up 8 points over Donald Trump, so Trump is doing some damage control – and preparing to get his butt kicked in the election – by already claiming that it’ll be rigged. Ring of Fire’s Farron Cousins discusses this.

The latest round of polling data out today, shows that Hillary Clinton got a huge convention bounce from last week. She’s now leading Donald Trump by 8 points nationally. Donald Trump foreseeing a huge defeat in November, has already started with the excuses for his concession speech. Today, he’s out there saying, that he’s afraid that this election is going to be rigged. Here’s the sad thing, he’s actually quite right. The election is going to be rigged to some extent, but it’s going to be rigged in favor of Republicans, because that’s what they do best.

Think back in 2000, 2004, 2008, 2012, when we had irregularities with voting machines, with people being purged from voting rolls, with repressive voter ID laws. Who benefited from all of those things? It wasn’t the Democrats, it was the Republicans. Even with all their experience and knowledge in stealing elections, and all of that, Donald Trump, still will not win. He’s going to go on this excuse tour prematurely, probably, so that people understand when he loses, he totally called it. He knew it was going to happen, he’s the greatest person that ever lived. That’s what we’re going to hear more of. As we get closer, and closer to November, the excuses are going to get much more wild than just fearing that the election’s going to be rigged.

He’s going to go full blown conspiracy theorist. We’ll probably hear things about dead people casting ballots, but that’s because Donald Trump can’t accept the truth. The truth is, the American voters really don’t want anything to do with him.