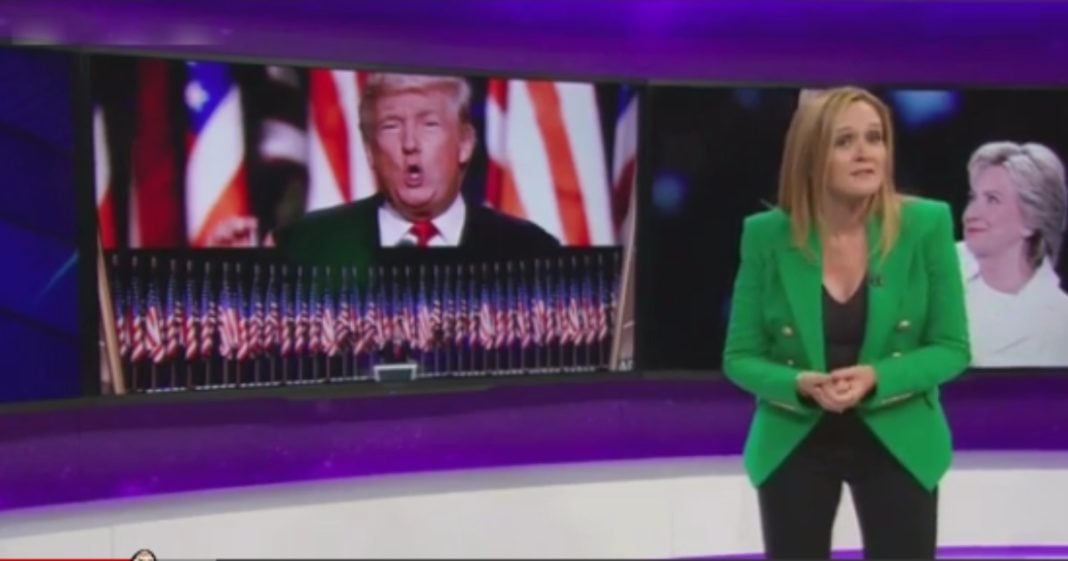 As we mentioned yesterday, the only way to come out of the 2016 election with your sanity partially intact is to funnel it through hilarious but biting political comedy shows. One such prime example comes from Samantha Bee’s hit show “Full Frontal.”

“Full Frontal” is the first show of its kind to feature a female late-night host, and Bee hasn’t wasted a moment of that late-night hour to tear apart the political system on both the left and the right.

In this clip, Bee does an expert take-down and summary of both the Democratic and Republican conventions.