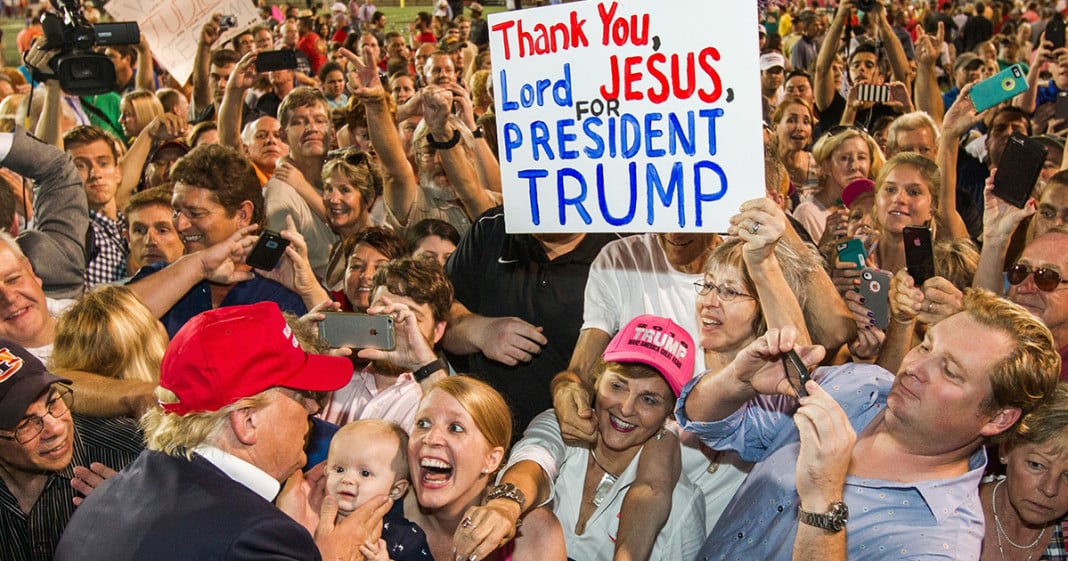 It should really come as no surprise that the multitude of American voters who say they will be supporting Trump in November remain unfazed by the gargantuan controversies Trump gets himself ensnared in daily.

Even when it comes to Trump’s feud with the Khan family, a Muslim-American family whose son died in the line of duty serving in Iraq, those who love Trump say, “So what?”

As they have done many times before, those who support Trump continued to soften and reverse his remarks, saying that they didn’t think he meant what he said in the offensive way it was presented. Others said that they didn’t find his remarks to be offensive at all, and others still said that the media’s attention to the comments was just a way to distract from the “real issues.”

One voter said that hurting Khan’s feelings wasn’t as bad as Michael Vick fighting dogs (?), so there was no real need to worry.

“I think we are too soft on the word ‘cruel,’” said Rutledge. “Michael Vick’s dogfighting was animal cruelty. He didn’t just go up to dogs and say I’d like to hear what your mom had to say. There’s a huge difference between cruelty and what Donald Trump did.”

This leaves those who oppose Trump in a pretty difficult spot as the candidate has a group of seemingly inalienable supporters who could, as Trump famously said, witness him committing murder and not withdraw their support.

The only thing we can do is continue to try to hold Trump accountable when he misinforms and outright lies about reality. We may not convince a single Trump-lover to turn away, but there are a number of people who have pledged to support Trump in an effort to dismantle democracy so that the process can be purified, and it’s possible those folks can be convinced otherwise.

There are also a large group of hesitant Trump supporters who are only doing so because he has an “R” next to his name and the vocal support of Republican leaders. If those same leaders turned their backs, the voters who follow their every move might do so as well.