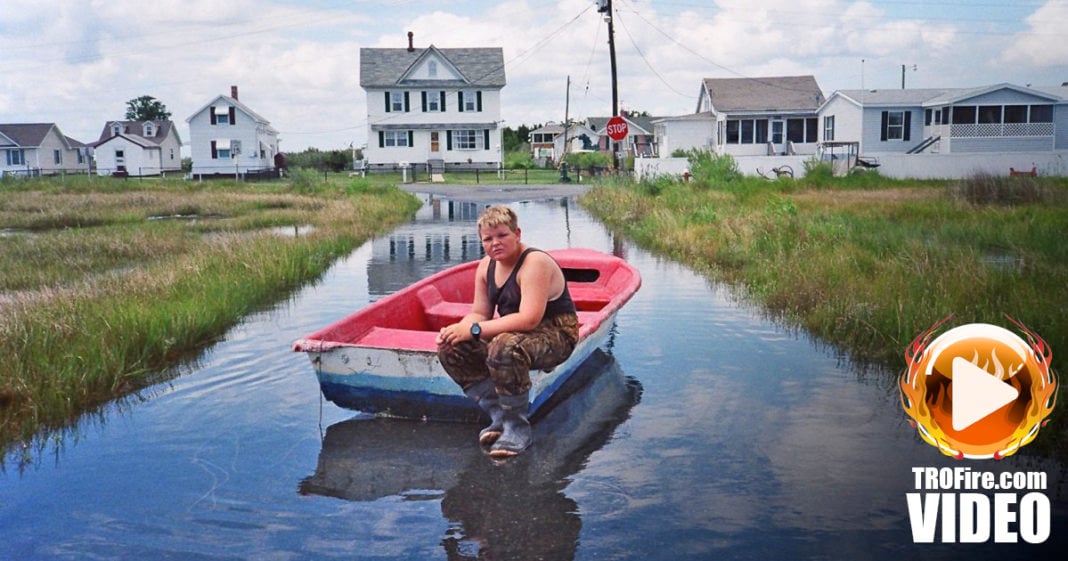 We’re being hit with unpleasant climate news almost every week, but coverage of climate change is hitting new lows from the corporate media.  We can see the evidence right in front of our faces and yet no one seems to care.

We have another week, and we have another horrible report about what is happening to our planet. Now we know that this past June was the hottest June on record. In fact, the last fourteen consecutive months have each been the hottest month of that month on record since temperature-taking was invented. Now this latest report said that not only are temperatures continuing to rise across the globe, sea ice is melting at an alarming rate, CO2 emissions are increasing at an alarming rate. Here’s the worst part about it. This wasn’t mentioned in the report, but this is the worst thing. We’re not hearing anything about this.

We’re at the point now, according to these reports, that this is no longer a hypothetical. This is no longer what could happen if we don’t change. This is what is going to happen. We have to start acting as if it already has happened so that we can take care of these people, and make sure that we’re not suddenly faced with an influx of tens of millions of climate refugees in any one particular country. We screwed up as a species. We have screwed up. We knew about the threats of climate change, we just chose to do nothing. We chose to do nothing. Now that we’re finally getting somewhere on the issue, the Paris Accords this past December, but it still has literally done absolutely nothing. Those are just goals that we’re going to try to meet in the next decade or two.

Well, it’s too late. We have to act now. I don’t want to sound like an alarmist, but it’s hard not when we open up our windows, and we see evidence of climate change. We see temperatures across the United States right now topping one hundred degrees on a daily basis in areas that have not seen hundred degree temperatures since the 1800s. That’s not normal. We cannot continue to let climate change deniers, who are a majority among all of the Republicans in Washington, by the way … We cannot continue to let them dictate this conversation. This November, we have to get rid of them for the sake of humanity, at this point. This country, this world, is dying, and we’re killing it. The Republicans who continue to deny climate change, they’re the ones twisting that knife into the planet just a little bit deeper.