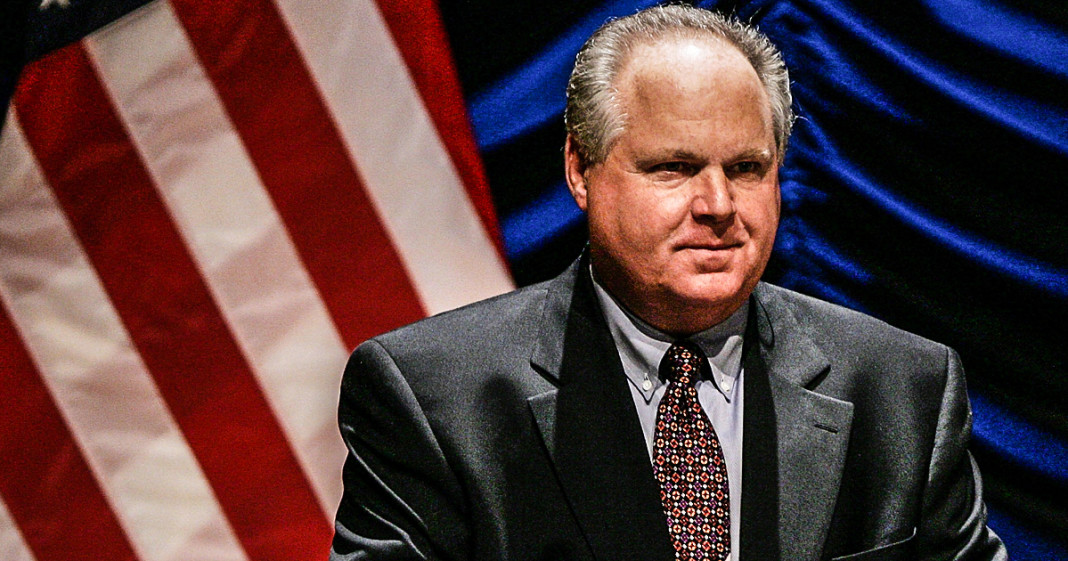 Back at the end of May, the Ring of Fire Network heard about Limbaugh’s expiring contract with IHeartRadio and declared that there was “no chance” that the floundering company would renew with sinking-ship Limbaugh and his show of hate.

All the signs were there; IHeartRadio had merely inherited Limbaugh’s show, and both the personality and the radio network were hemorrhaging money, due in part to Limbaugh’s massive 400-million dollar, 8-year contract. When the contract expired, we expected to see the little piggy sent packing and were anxiously awaiting his obscurity.

Sadly, we were wrong.

Instead, IHeartRadio negotiated a shiny new contract and Limbaugh is only too glad to still have a way to get his screechy voice onto the airwaves and distributed to his most devoted (and sniveling) fanbase.

One thing does seem markedly different from the last deal made in 2008; while the company who signed Limbaugh in 2008 boasted about the massive size of their deal, IHeartRadio has been tight-lipped about how much money they are paying the radio hog.

The company did say that they were signing a “long-term, multi-platform agreement,” but declined to say just how “long-term” it would be.

When asked for comment on the new deal, Limbaugh said he was pleased.

“I’m thrilled to be continuing. And I really want to be on the air if the Russians find Hillary’s emails.”