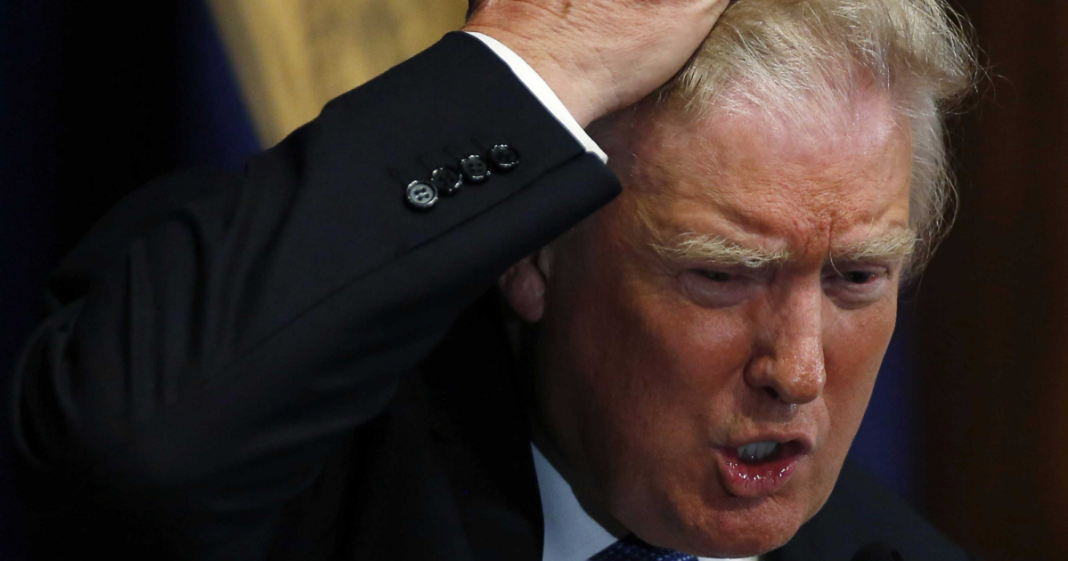 We at The Ring of Fire Network are sick and tired of discussing ad nauseum all things Trump.

At The Ring of Fire, it has become revolting to constantly write, post, and circulate the endless stories about the tiny-handed freak and the creepy flying monkeys who believe in him.

No matter where you turn, it is utterly impossible to avoid news stories and video clips of the latest Trump blunder.

Despite the fact that much of the attention is warranted due to the behavior of this presidential candidate and of out-of-control demagogue, sometimes it can all seem to be a bit too much.

So we want you to let us know – have you had enough? Do stories about Trump insulting yet another minority group still make your blood boil, or do you just yawn? Have you reached the point of saturation where Trump could literally shoot a person and you would just pass it over as another story of the same old thing?

I think it’s safe to say that most are dead tired of the 2016 political race, despite the horrific fact that we are only a week into the general election, with a whopping 94 days left until we cast our ballot on November 6.

Unfortunately, media outlets are like lemmings who all follow the same story because they are too afraid to break away with something more unique and interesting. While the election is a major element of the news in America, there are so many other stories that are slipping past us, unnoticed, because Trump kicked a baby out of his rally.

It is important to cover Trump, and to make the American people aware of the danger of his candidacy, but it is also important to report on the more difficult stories. We should be sharing the stories which require research and sticking one’s head outside of the political bubble for a few minutes at a time: Stories about climate change, stories about corporate corruption, stories about equal pay, police brutality, and corruption in news media.

There is so much more than Trump.

So we want you, our viewers, readers, and subscribers to let us know – do we have a responsibility to continue covering Trump whenever a story arises, or should we back off on the demagogue and move on to other progressive issues?

Because November is still so far away.