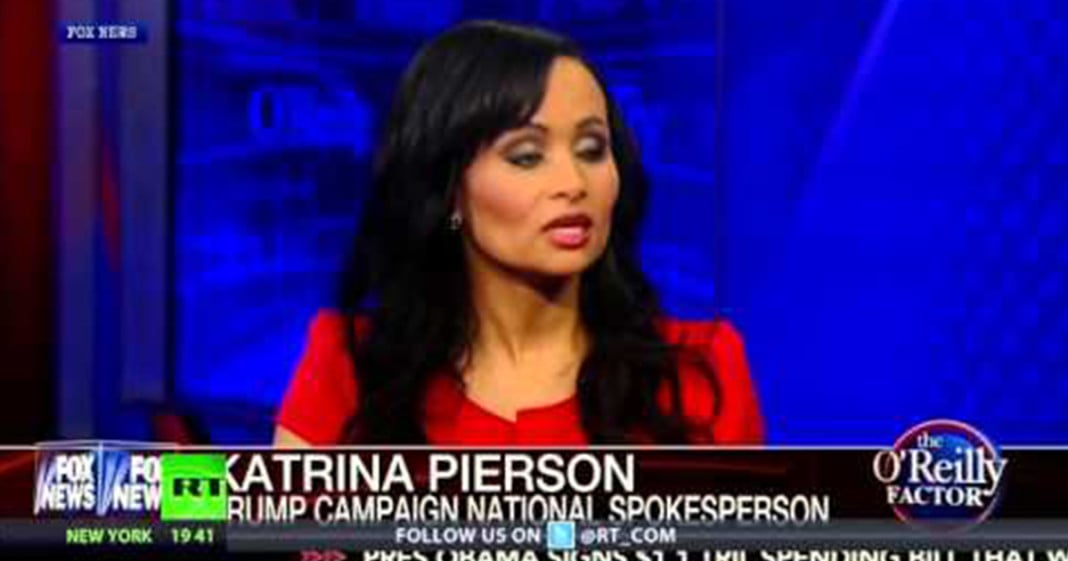 In a desperate attempt to deflect attention away from Republican nominee Donald Trump, Trump campaign spokesperson Katrina Pierson tried to blame the death of Muslim Army Captain Kahn on President Obama, despite the fact that his death occurred in 2004 – long before Obama became POTUS.

Now normally, we might give a person a bit of a break after a whopper like that and assume that they were perhaps too stupid to realize that in 2004, a Republican was in charge. If we were feeling really generous, we might even suggest that Pierson simply misspoke, but from the months of campaign statements and outrageous claims, we know this to be untrue.

The only semi-logical assumption we can make is that either Pierson thinks we are all too stupid to realize her lie, she believes Trump supporters won’t know the difference, or that Pierson truly believes the president has access to a time machine which he used to travel back in time, change the rules of engagement, and killed Captain Kahn.

And because that last one is the most zany and fun, we’re gonna go with that. Forget the emails and the transcripts, we want that time machine.