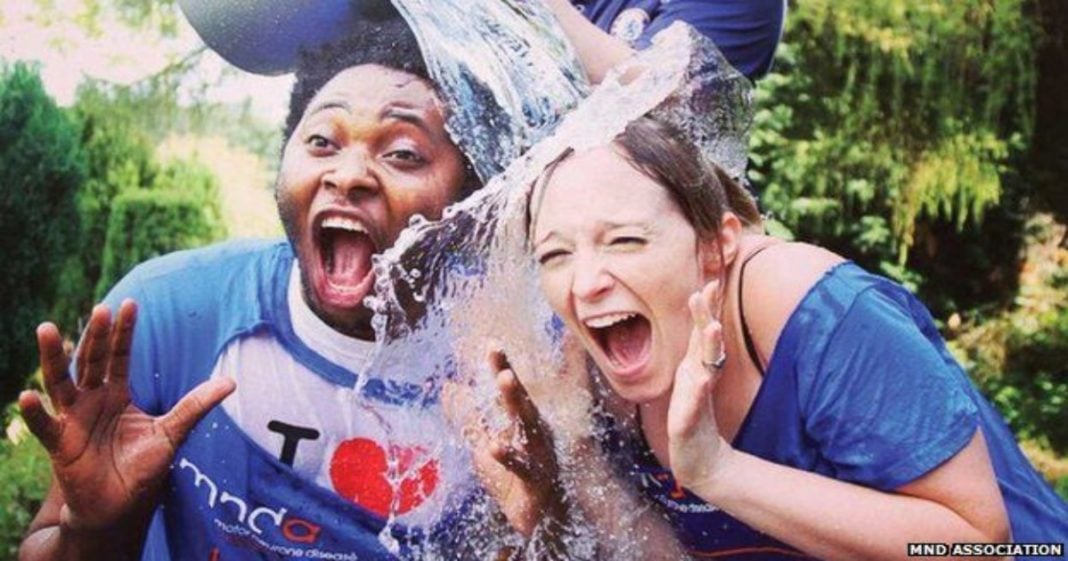 Real activists go door-to-door, raise and donate real time and money, take to the streets and even put themselves at risk in order to support a cause. “Slacktivists” sit on their duffs behind a computer screen or with a smart phone, spending a minute or two clicking links, sharing a few photos or “tweets,” and voilá! They’ve done their part for the cause without having to go to a lot of bother.

A few years ago, “slacktivism” was criticized as a lazy form of pseudo-activism that had very little impact. Well, hold on to your hats! It turns out that we all underestimated the power of social media activity to change the world.

Consider the infamous “Ice Bucket Challenge,” which began just about two years ago. It was begun in order to raise awareness of the neurodegenerative condition known as amyotrophic lateral sclerosis, or ALS. This disease, which is genetic in nature, causes slow deterioration of the voluntary muscles. Eventually, the victims are no longer able to breathe. The most famous victims of ALS include early 20th-century baseball player Lou Gehrig and physicist Stephen Hawking as well as the late English actor David Niven, jazz bassist Charles Mingus  and (reportedly), Chinese leader Mao Zedong.

Media experts acknowledged that the Ice Bucket Challenge might get people to talk about ALS – but in the long run, it would do little to seriously fund and advance actual research.

Two years and $115 million later, those media experts have been proven wrong. Today, thanks to the simple challenge which required that the individual either had ice water poured over one’s own head and sharing videos of the event online or donating $100 to ALS research, researchers at the University of Massachusetts Medical School and the University Medical Center Utrecht (Netherlands), working with a team of 80 scientists around the world, have identified a gene that plays a significant part in causing ALS. It is the largest study yet undertaken into the causes of ALS.

Back in August 2014, a technology reporter on Slate.com acknowledged that while the Ice Bucket Challenge had raised a hefty sum in a short span of time, he added that “a lot of the participants are probably spending more money on bagged ice than on ALS research” – and it wasn’t even doing much to even raise awareness of the issue. Another article that appeared in Time magazine said “this fad appears centered around an aversion to giving money” – but the reporter couldn’t argue with the fact that the “fad” had raised well over $2 million for ALS research in the short span of two weeks.

Variations of the Ice Bucket Challenge have been around for several years. These involve either jumping into cold water (such as the “Polar Bear Plunge”) or having cold water dumped on oneself. Participants can either do this, or donate to the charity in question. The event is usually filmed and the video is passed around on social media websites.Such activities have been used to raise money for numerous causes, including the Special Olympics and cancer research.

Ice Bucket Challenges aren’t the only examples of “slacktivism” that have had huge impacts. After all, it was social media activity that ultimately led to the election of the first African-American President in U.S. history, almost eight years ago; It was such “slacktivism” that brought about the Arab Spring; It led to the “Occupy Wall Street” movement; And it came very close to making Bernie Sanders the Democratic nominee this year.

In an article entitled “The Critical Periphery in the Growth of Social Protests,” researchers analyzed activity on Twitter leading up to the Occupy Movement of 2011 and the protests taking place in Istanbul’s Taksim Gezi Park over civil liberties in Turkey back in 2013. The study found that online engagement plays a more significant role in transforming protests into full-blown social movements than was previously thought. Now, it has been demonstrated that such “armchair activism” can be a powerful force in promoting non-political causes and issues as well.

Call it “slacktivism,” armchair activism, the lazy person’s way of feeling like they actually did something, or what you will – but the fact is that the latest Ice Bucket Challenge has gotten 2.5 million people to donate a total of $115 million to the ALS Association. $1 million of that amount went to Project MinE, the research study that has identified the NEK1 gene responsible for the disease. Thanks to these donors, those researchers now have a starting point for developing new treatments that will help those suffering from this debilitating and ultimately fatal disease.

In the words of lyricist Ira Gershwin, “They all laughed…but ha, ha, ha…who’s got the last laugh now?”