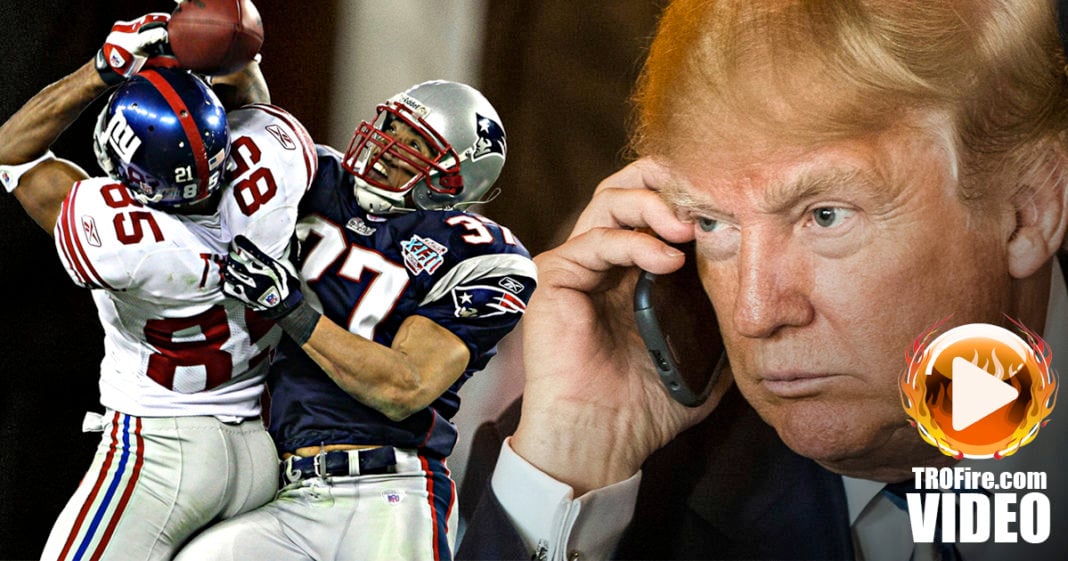 Donald Trump is making quite a stink over the debate schedule that he previously agreed to, but he should be very grateful that fewer people will be tuning in to watch him get destroyed by Hillary Clinton on live TV. Ring of Fire’s Farron Cousins discusses this.

Donald Trump and Mike Pence are fairly angry right now over the presidential debate schedule. Now, they claim that this schedule, which they both already agreed to and was made about a year ago, is going to hurt the Republicans because they happen to fall on nights where football is being played and that is an overwhelmingly large Republican majority as, according to them, Democrats don’t really watch football.

Well, here’s the thing. There are three presidential debates. One of those debates falls on a Tuesday night where there is no football, so you’re only looking at two-thirds of the debates falling on football nights. One of those games, Falcons and Saints, are between two Southern states that Hillary Clinton likely has absolutely no chance of winning, so it won’t matter if the Republicans even watch those. The other game, Giants versus Packers, is going to actually be a really good one. If only, if only there were some kind of technology available that would allow you to watch one TV show and record another to watch it later. Man, how great would that be so then you wouldn’t have to worry at all about missing a show.

Furthermore, and here’s the main thing, Donald Trump should be ecstatic that some of these debates might get fewer viewers because he is going to get absolutely destroyed on that debate stage. Think about this. What’s going to happen when Donald Trump is asked a question about foreign policy? He’s going to say something about Muslims, something about immigrants, something about a wall, something about a bomb and that’s about it. Hillary Clinton is going to go into detail about thing she’s done. Now, progressives, we may not agree with all those things that she’s done but she does have things to say. As we’ve seen, Hillary Clinton is a phenomenal debater. Donald Trump has no substance, has no policy and has no experience to speak of, so he should be praying that nobody watches these debates because every one of them is going to make him look like the biggest idiot on the planet.