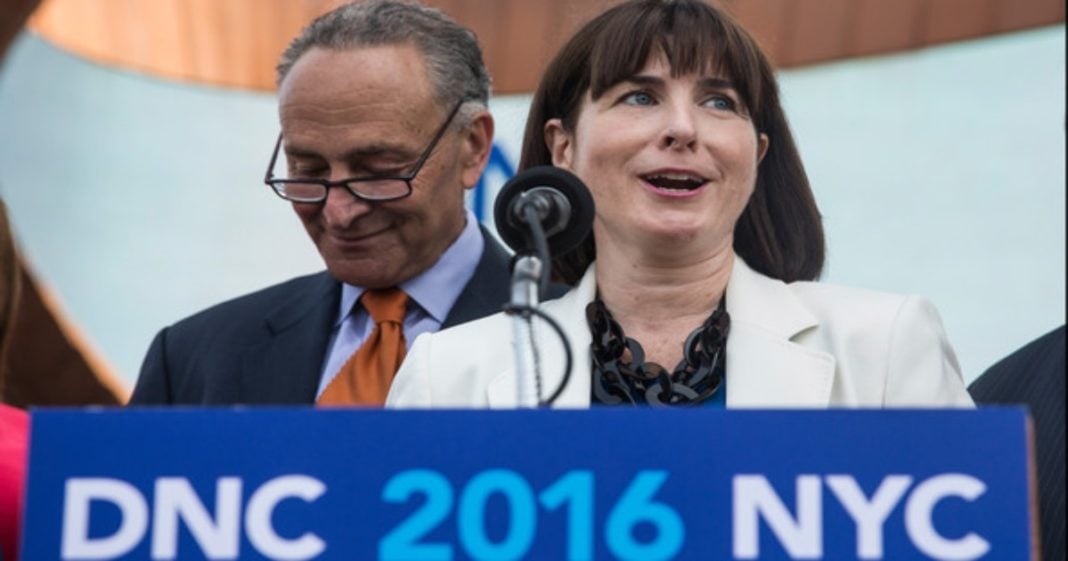 It appears that the Wikileak’s release of nearly 20,000 DNC emails has taken another victim as DNC CEO Amy Dacey tenders her resignation.

The announcement was made by three anonymous Democratic strategist sources who say that Dacey already has another job lined up and waiting for her.

This shift in the party leadership is shocking considering that Debbie Wasserman Schultz said just last week that she had “taken one for the team” by resigning.

Amid this news, can we expect further resignations in the party? Signs point to yes. The same sources which confirmed Dacey’s resignation have also said that further changes are coming.

Likely, these strong changes are going to be coming from interim DNC chair Donna Brazile who was quoted saying that she would not tolerate the same behavior in the party that she now controlled.

“My job now is to start cleaning up and to begin to reform the party so that it is a political party that can help elect Hillary Clinton.”

“I am going to set some tough standards. Not just for [the staff], but for all of us.”

We can only hope that Brazile pursues true change in the party and cleans up the biased, entrenched system that they currently have.