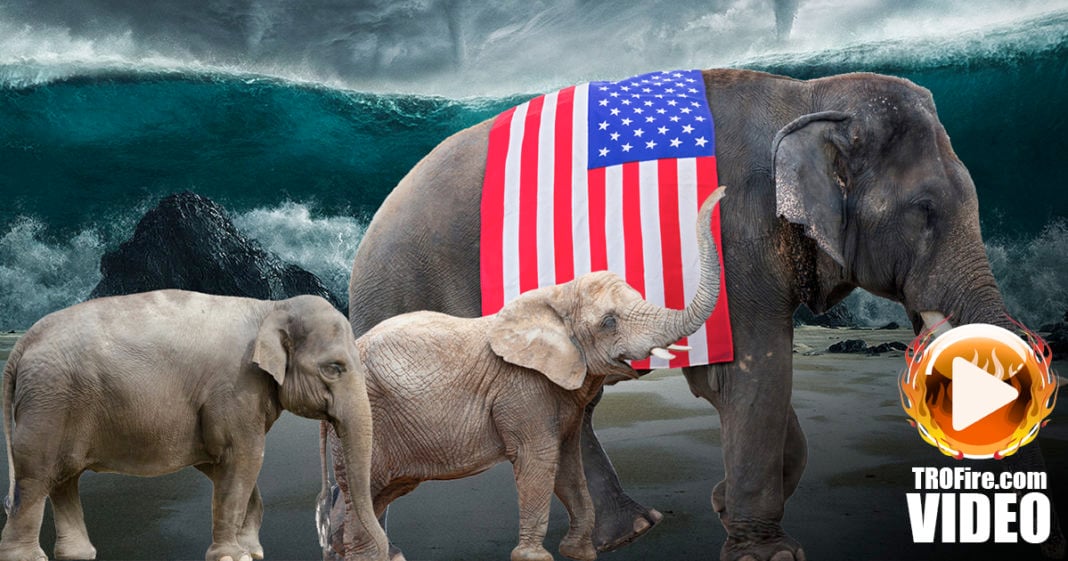 Democrats are overly excited about the Republican exodus occurring over Donald Trump, but they need to tone down that excitement.  Republicans have not developed a conscience, and they still believe the same thing that Trump believes, they’re just mad that he won’t listen to them so they’re giving up. Ring of Fire’s Farron Cousins discusses this.

Democrats are kind of freaking out right now, because we have a lot of Republicans, Republican representatives, former Republican advisors and staff members who are all defecting to the Democratic party for this election. They’re coming out saying they’re going to support Hillary Clinton and not Donald Trump because they don’t believe in what Donald Trump stands for and they will return to the Republican party once it goes back to being the party of sanity.

Here’s what’s funny about that. These defectors, this has nothing to do with the policies or rhetoric of Donald Trump. Do you know why? Because Donald Trump is not out there saying anything that other Republicans haven’t said before him. When he talks about muslims, and attacks an entire religion with billions of people who believe in it, they get mad. The Republicans get mad. Why didn’t they get mad when Lindsey Graham did it? Why didn’t they get mad when Ted Cruz did it, or George W. Bush or Dick Cheney? The opportunities were always there to get angry. He says hateful and inflammatory things, well so do Ann Coulter and Michelle Maulkin? Where was the backlash for those people?

This has nothing to do with what Donald Trump says or does. That is not why these Republicans are leaving. Do you want to know why these people are leaving the party for now? Because they have become impotent as Republicans. Donald Trump is somebody that they cannot control, that they cannot manipulate and that they cannot boss around and it pisses them off. That’s why they’re leaving. They’re not leaving because they don’t like what he says. They’re leaving because they’re just pissy little children. They’re going to take their ball and go home until they get a better playmate who will actually do what they say. That’s what this is about.

Stop acting like Republicans have grown a conscience or that they care about rhetoric and hateful comments because they don’t. They have had years to speak out against one another. They refuse to do it. As soon as Donald Trump loses this election, those people are going to go right back to the Republican party, regardless of what the next republican has to say about Muslims or immigrants or anyone that doesn’t look like them. It’s not about the hate. It’s about their impotence.