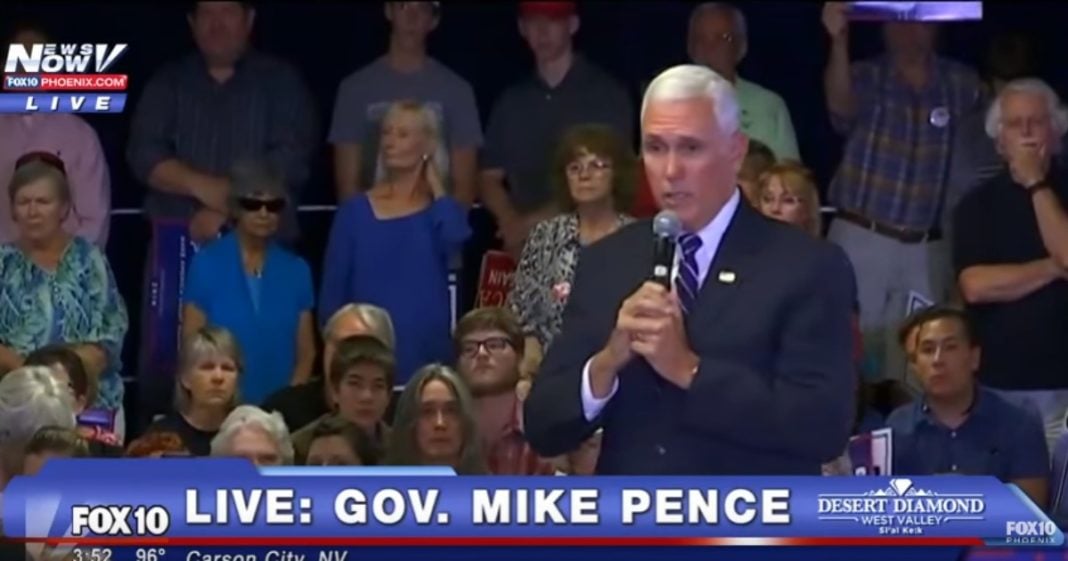 During a Q&A segment on Monday, Governor and Vice Presidential candidate Mike Pence was asked by a military mom about Trump’s apparent disrespect for the armed forces.

This question was spurred by the recent feud between the Republican nominee and a prominent Muslim family, the Khans, who’s son was killed in action while protecting his fellow soldiers in Iraq.

“Time and time again, Trump has disrespected our nation’s armed forces and veterans, and his disrespect for Mr. Khan and his family is just an example.”

The woman asked Pence, “You have a son in the military – how do you tolerate his disrespect?”

The crowd, apparently not at all interested in Pence’s response – whether it be honest or a deflection – loudly booed before Pence changed the subject entirely.

At this point, it is more than clear that Donald Trump defies every set-in-stone tenet of the Republican party, and rather than turn their back on him, they have entered a strange place of cognitive dissonance so that this important question about respecting the military is booed straight out of the room.