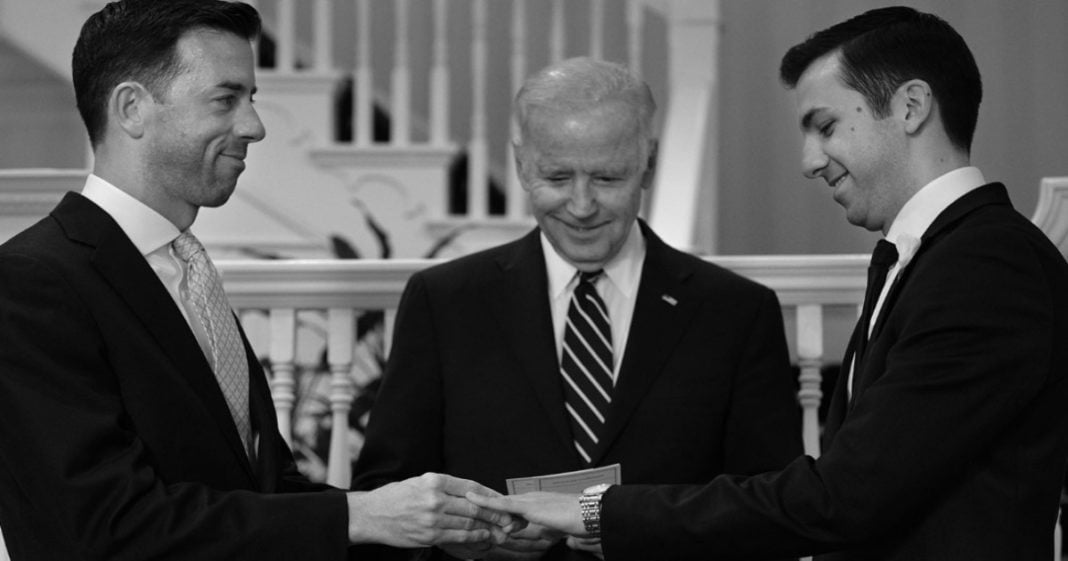 Joe Biden has apparently made it his mission to really enjoy the last few months as Vice President. On Monday, Biden posted a photo onto his Twitter account, saying he was “proud to marry” the two staffers.

The two men, Brian Mosteller, the director of Oval Office operations, and Joe Mashie, a trip coordinator for Michelle Obama, were married by Biden at his Washington home. Biden obtained a temporary license from D.C. for the purpose.

Other things Biden has been doing for fun lately include filming an episode of Law & Order as well as using crotchety old man language at the Democratic convention – calling Trump’s feigned concern for the middle class a “bunch of malarkey.”

Clearly, Biden is doing his best to make us yearn for the presidential candidate that never came to fruition.