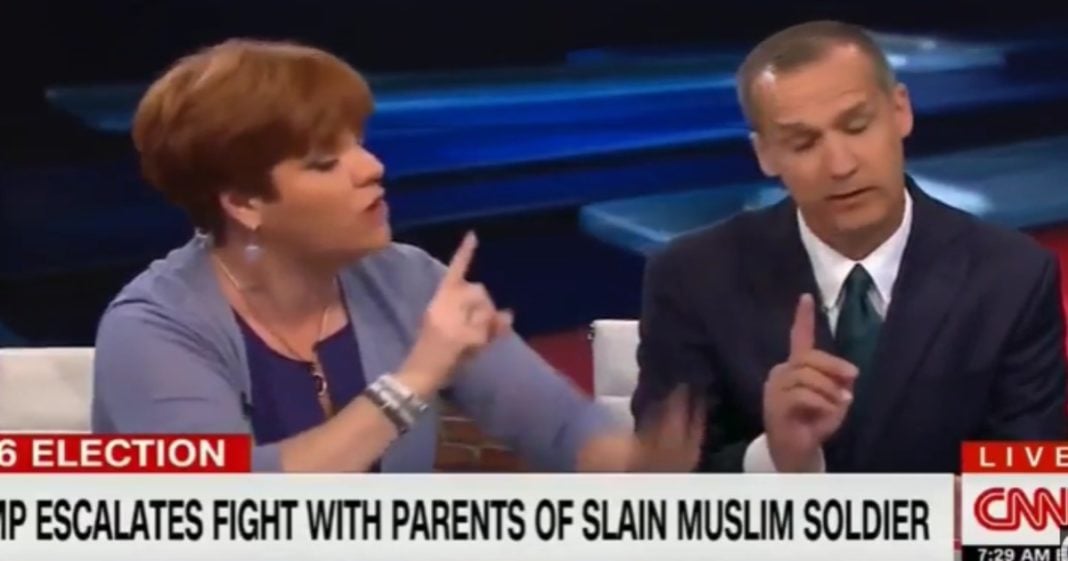 Former Trump campaign manager Corey Lewandowski can apparently dish out the unwanted touching on female reporters, but he can’t take it.

During an interview on CNN this week, Lewandowski struggled to contain his temper as a female pundit shouted over him during a discussion of the Khan family and Trump’s recent criticisms of their dead military hero son.

In case you’ve forgotten, Lewandowski was the slimy loser who assaulted a female reporter months ago, causing a weeks-long controversy in which he got Trump to lie and defame the woman. Lewandowski also grabbed a protesters and engaged in some other questionable behavior before being removed from the Trump campaign months later.

CNN was quick to snatch up the failed manager and has had him on their networks, shilling for Trump ever since. So far, things have been fairly smooth sailing for the man who is still officially on the Trump payroll, but he apparently met his match on Monday during a heated discussion.

At one point, the woman, Christine Quinn, shouted and gestured in front of Lewandowski before reaching her hand over and touching his in an attempt to quiet him. Lewandowski snapped, “don’t touch me,” his rage growing visibly.

By our estimates, it won’t be long before Lewandowski again lets his temper get the best of him. Really, he and Trump were made for one another.