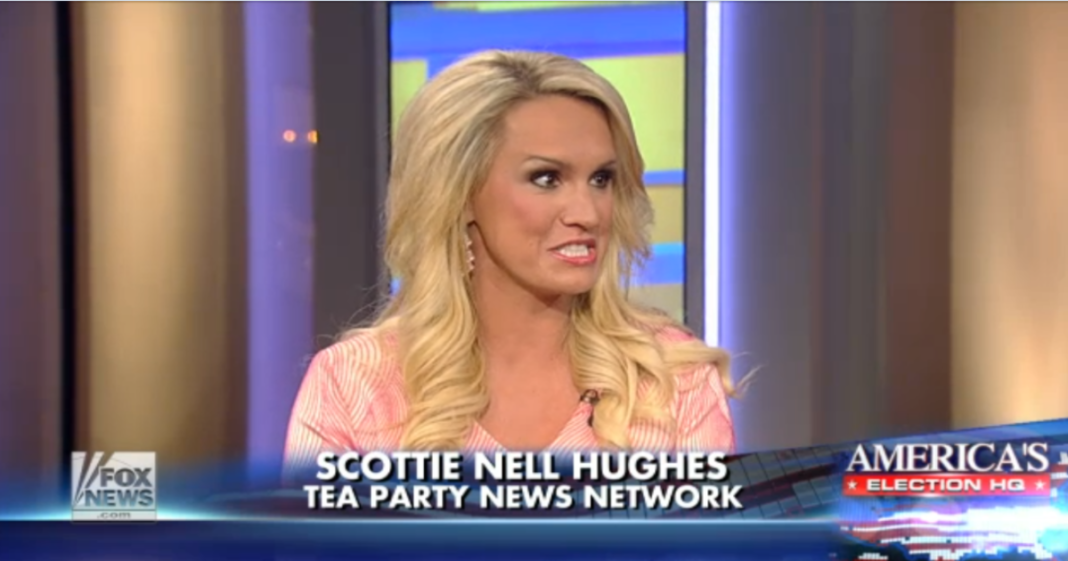 Throughout the 2016 election cycle, we have always been able to depend upon commentator Scottie Nell Hughes to provide unwavering support for Donald Trump, no matter the issue.

With the ongoing drama between the Republican nominee and the Khan family, the parents of a decorated Army captain who died in action, Hughes and others have been called upon to comment on the horrific comments made by Trump.

Rather than throwing her hands up and giving up on the unrepentant bastard, Hughes has continued to defend Trump, this time attempting to locate a single hardship in the alleged billionaire’s life.

Khazir Khan, the man who addressed the DNC on Thursday and with whom Trump first ignited his feud, said that Trump has “sacrificed nothing,” and thus could not understand their family’s loss.

Trump’s response to that poignant attack was that he had employed thousands of people, and that was somehow a sacrifice.

Most pundits and politicos weren’t satisfied with that response, which is why Hughes was forced to try to build a connection between Trump’s employment of others and the term “sacrifice.”

“You know what, creating jobs caused him to be at work, which cost him two marriages. Time away from his family to sit there and invest.”

Yikes, I know she doesn’t have much to work with, but that’s weak sauce even by Trump pundit standards.