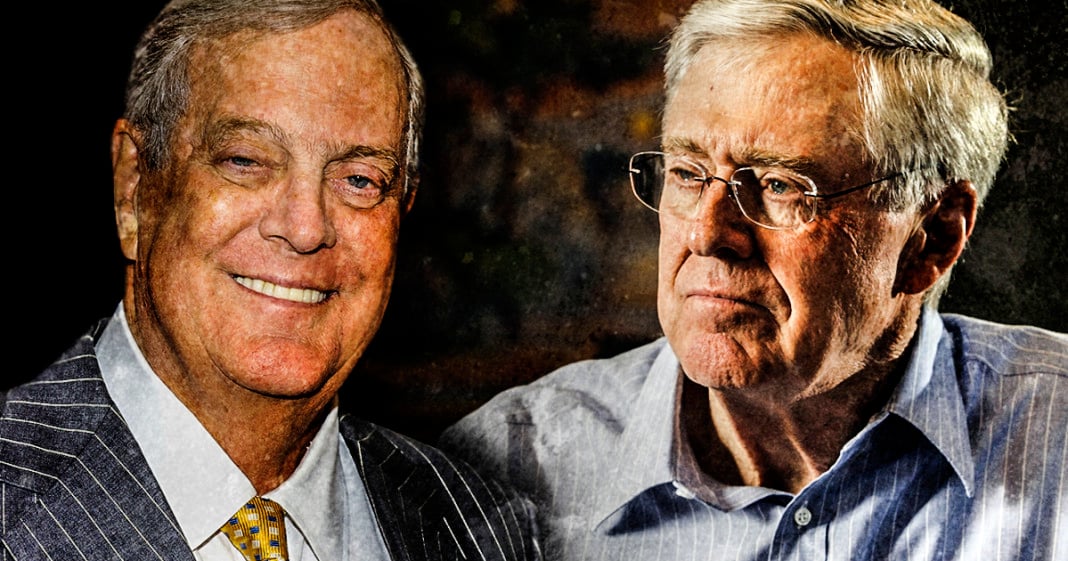 The always-Republican Koch Brothers have apparently met their match in Donald Trump as the billionaire tycoons have declared that they cannot support either main party candidate in the 2016 election.

Early on, the Koch brothers made it clear that they were uneasy about the 2016 election. Usually loose with their cash in strategic decision during elections, the brothers held their money close at hand and didn’t hand out a shiny penny to any candidates.

When the race appeared to be headed in the Trump direction, the brothers made it clear that they were displeased and even other GOP donors became disgruntled with the brothers for refusing to budge.

It appears that they have stuck to those initial dealings, refusing to monetarily back Trump and repeatedly disavowing remarks from him, including his plans to ban Muslims from entering the country.

Things got so bad with Trump that the Kochs briefly considered backing Clinton, but thus far she has stayed too far to the left to be considered.

“At this point I can’t support either candidate, but I’m certainly not going to support Hillary.”

The Kochs keeping their agenda-filled cash out of our election is not at all a bad thing, though. The brothers yearly contribute a significant amount of money to elections and political races, but this election will thankfully be mostly free from that particular influence.

The brothers are not holding onto all of their money, though, promising to give $750 million to senate races all over the country.

Unfortunately, there are still big donors who do not share the same qualms as the Kochs and they are giving generously to Trump, despite his obvious flaws.