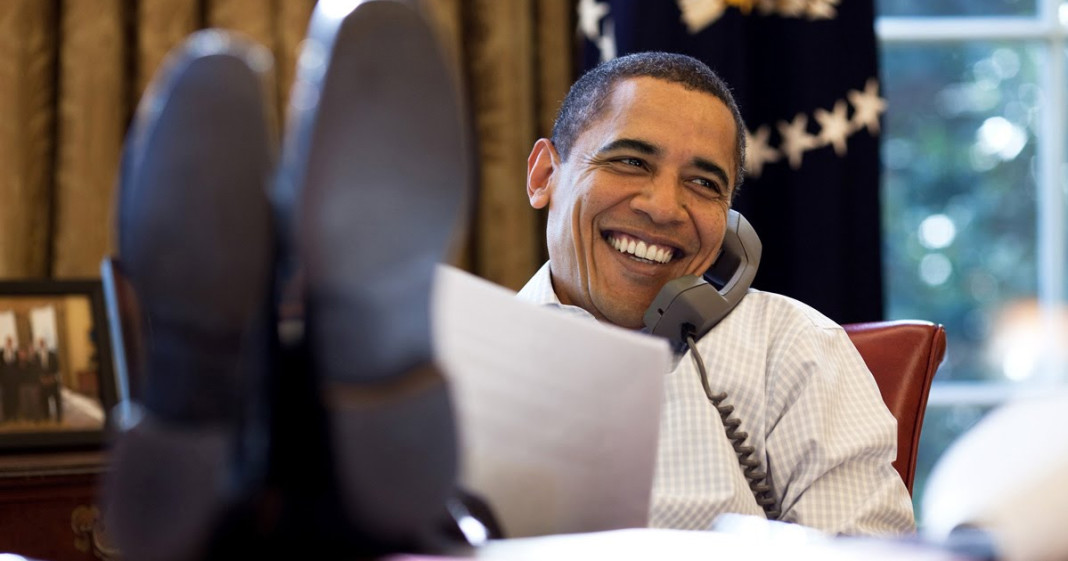 During the convention in Philadelphia, vocal protesters held up signs decrying the TPP and calling on the Democratic party to add a provision against it in the official party platform.

Throughout the primary, Bernie Sanders has been resolutely against the TPP, calling it and others like it “disastrous trade deals.”

Democratic nominee Hillary Clinton’s opposition to the trade deal seems much more flexible and many progressives worry that she will shift right on the issue as she gets closer to election day. That concern is only made more real by her vice presidential selection Tim Kaine who has been extremely supportive of the TPP and other trade deals in recent years.

Now, the president’s comments add more fuel to that fire.

“I remain committed to TPP because it’s a good deal – for America, for the region and for the world. TPP advances America’s economic and our strategic interests.”

“The answer is to make sure that trade is working for our people by supporting good jobs, reducing inequality and creating more opportunity. That’s what TPP does. I’ll continue making the case for TPP, and I’m optimistic that the United States Congress will ultimately support this landmark agreement.”

This issue is just the first of many in which progressives fight strongly for one option, and establishment Democrats fight for the other.

This will be the first major test of Clinton to see if she is truly committed to sticking to her stances on this and other issues in the future. Clinton must watch her step on this issue – progressives are watching.