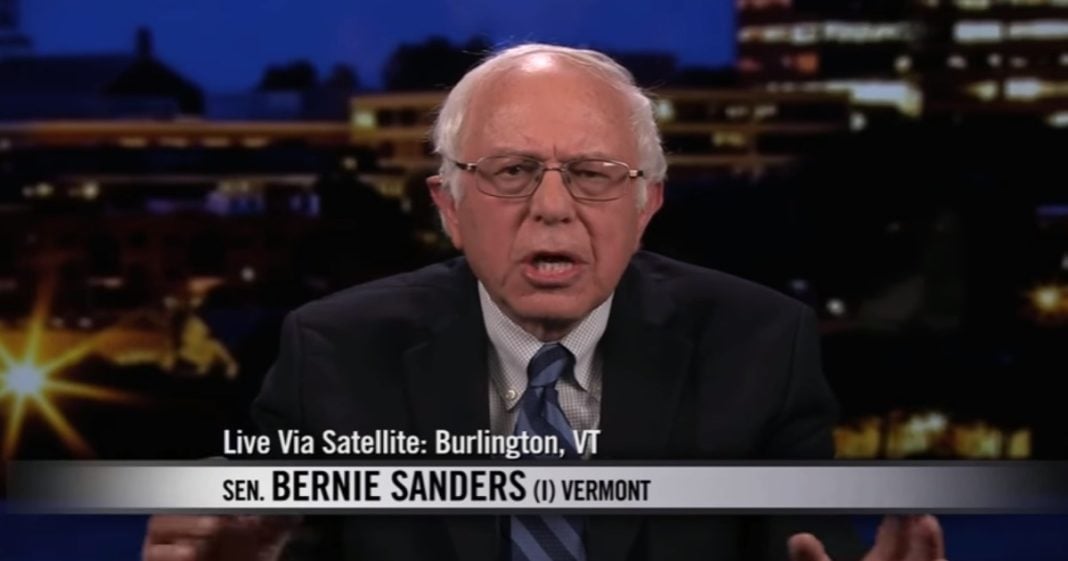 During Sunday’s “Real Time with Bill Maher,” host Maher invited Senator Bernie Sanders onto the show to discuss his experience at the Democratic Convention last week.

Sticking to his most recent talking point that Donald Trump must be defeated at all costs, the Senator tried to avoid criticizing the Democratic party and its convention, but Maher wasn’t satisfied with his simple party lines.

Maher observed that during Hillary Clinton’s victory speech, in which she thanked Sanders by name, Bernie didn’t seem too happy. In fact, to Maher he looked like an impatient husband waiting on his wife.

“You looked like a husband who was sitting there [outside] the waiting room while the wife tries on clothes.”

Sanders responded that if he seemed angry or disinterested, it was a fluke – he reinforced that he was as determined as ever to get Hillary Clinton elected and keep Trump out of office.

Maher didn’t hold any ill will toward Sanders for backing Clinton, in fact he called Bernie a “patriot” for his continuing roll in the election.