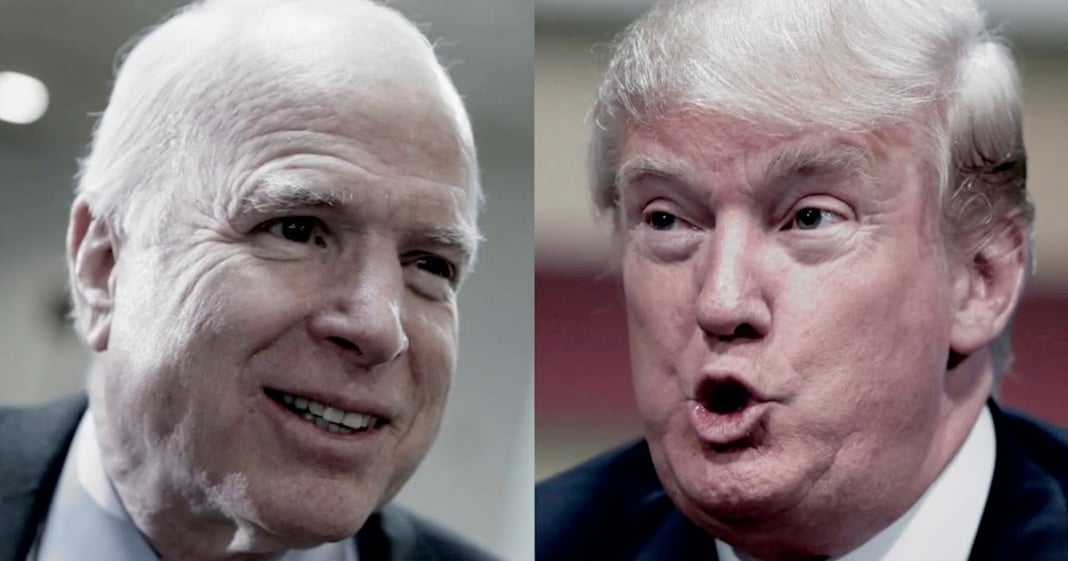 It’s hard for the Democratic party to imagine just how effective a symbolic figure Khizr Khan has been against Donald Trump, but long after the DNC has concluded, the controversy continues.

The asinine attacks from Donald Trump in response to the Khan family has the entire conservative party aflame, with Republicans everywhere making it clear that they do not stand with Trump on this issue.

Many, including the Khan family, are calling on GOP leadership to disavow Trump once and for all for his anti-military comments. The most recent, and most powerful voice joining this fight is Senator and former prisoner of war John McCain.

McCain, who has offered some lukewarm criticisms of Trump in recent months but who has also said he will be voting for the man, came out strongly in response to the controversy between Trump and the Khans.

“My sons serve today, and I’m proud of them,” McCain said. “My youngest served in the war that claimed Captain Khan’s life as well as in Afghanistan. I want them to be proud of me. I want to do the right thing by them and their comrades.”

“It is time for Donald Trump to set the example for our country and the future of the Republican Party,” McCain continued. “While our party has bestowed upon him the nomination, it is not accompanied by unfettered license to defame those who are the best among us.”

McCain then turned his attention to the Khan family, who he thanked for their sacrifice and for the life of their son.

“He will never be forgotten.”