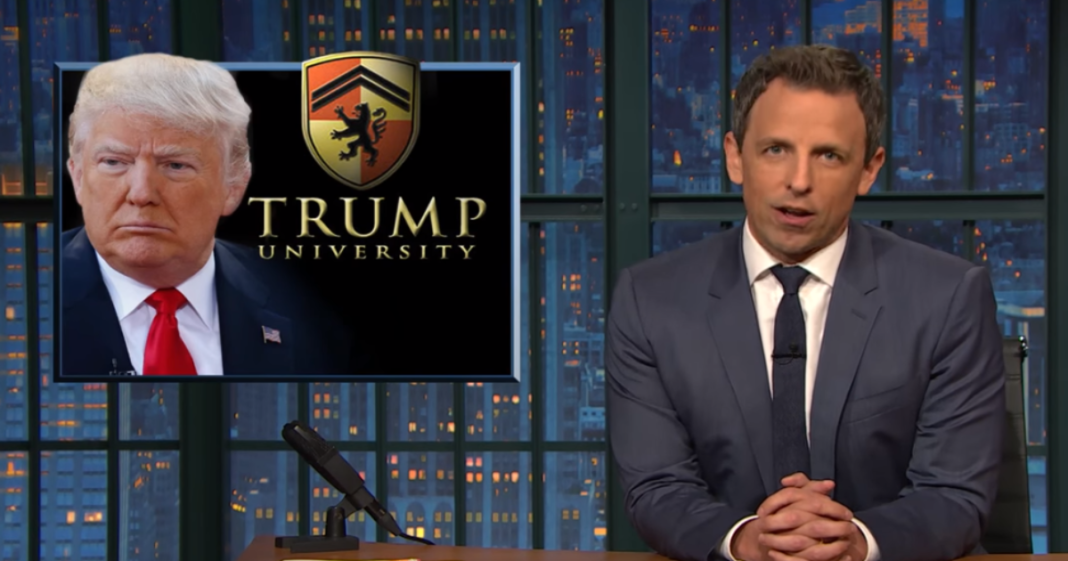 There are a lot of theories floating around about why Donald Trump has repeatedly refused to release his tax returns considering that every other presidential candidate in years has done so as a contract with the American people.

Donald Trump has stubbornly claimed that because he is currently facing an audit by the IRS, that he cannot and will not release. The IRS has informed Trump and the rest of the country that they are not barring him from releasing a thing – so why is he still holding back?

Our favorite theory is one supported by The Late Show host Seth Meyers who claimed that Trump won’t release his returns because they will show just how dead broke he really is.

“You’re not running for president because you want the power or you want to make America great, I think you need the $400,000 a year salary.”

Why I think Trump's not releasing his tax returns (he's broke) https://t.co/IfM7mTPGVp