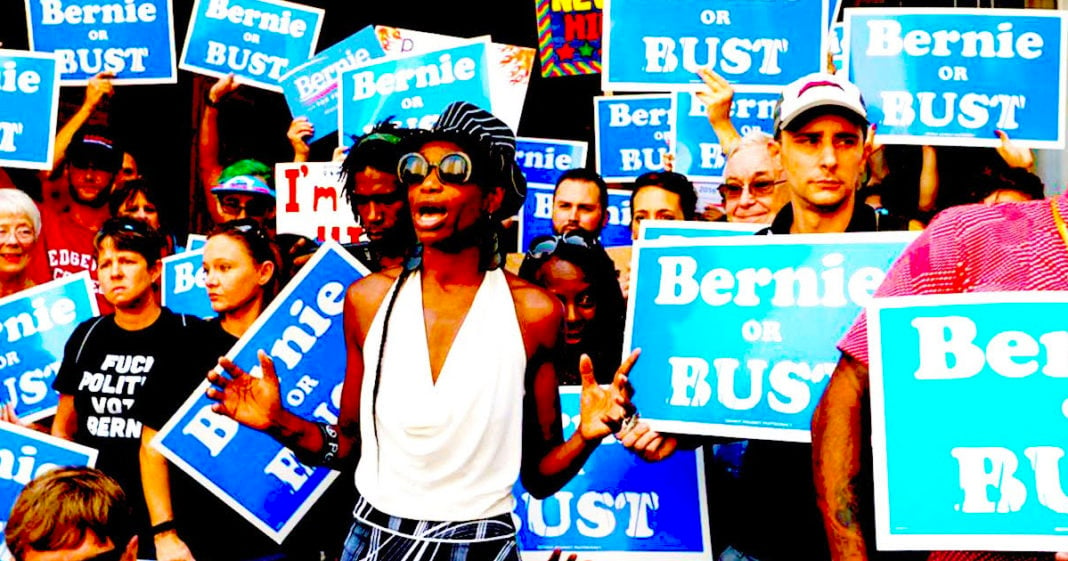 n this clip, some Bernie Sanders delegates left the convention hall during the DNC to protest Hillary’s nomination. Bernie goes to the room they’ve gathered in and reminds them how important it is to defeat Trump at this point rather than focus on the fact that he didn’t win the nomination.