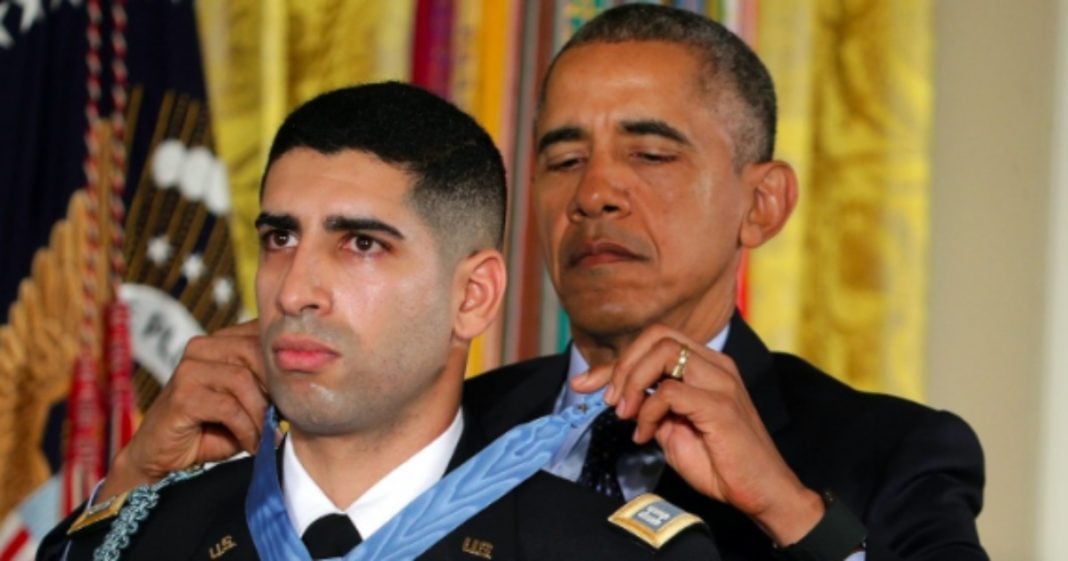 A proud recipient of the Medal of Honor for his service in the Army explained on Friday why he felt he must vote for Hillary Clinton, despite his lifelong loyalty to the Republican party.

Army Captain Florent Groberg earned the Medal of Honor in 2015 after his attempt to stop a suicide bomber earned him severe leg injuries and saved the lives of many of his fellow soldiers in 2012.

Groberg told the Independent Journal Review that the main perk Clinton brings to the White House is experience, particularly when it comes to foreign policy and protecting the lives of military service-members.

“Her coming in as commander in chief, this is not a grandiose new avenue that is putting the lives of millions of service members on the line or jeopardizing national security because she has no experience. She has experience.”

Groberg also explained that he sees through Donald Trump’s paper-thin veneer of concern for the military.

“I can’t personally follow Trump. I don’t believe in his policies and I don’t believe in the man as a leader. I’m not saying I believe in what Hillary is doing, but I’ve done more research about what she’s doing for veterans and to me that was the tipping point.

We can only hope that as time goes on, more conservatives – especially those military-minded – will also see Trump for the charlatan that he is.