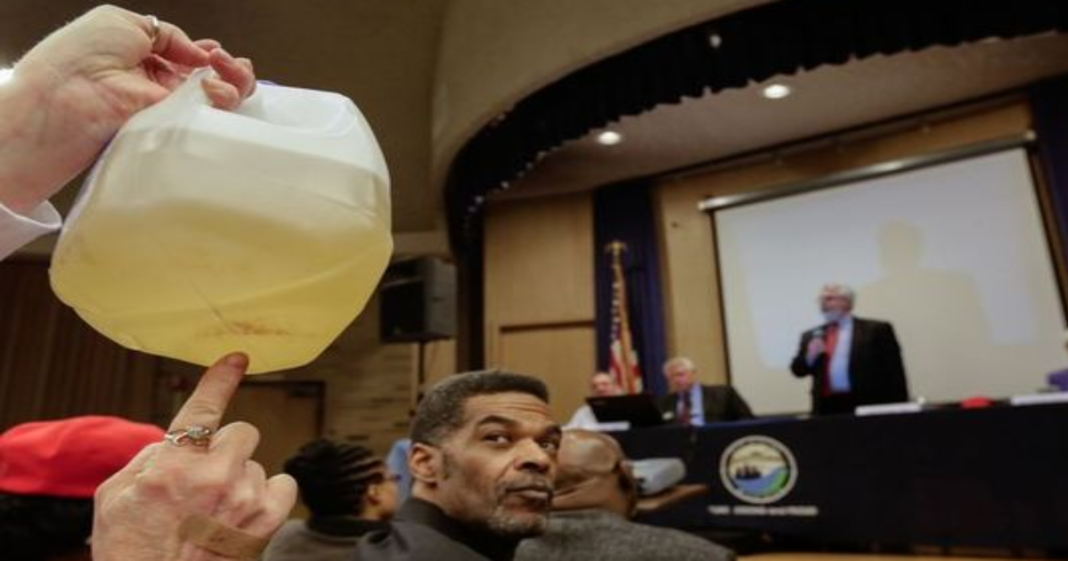 Though the media seems to have by and large moved past the major human rights crisis ongoing in Flint, Michigan concerning massive levels of lead in the drinking water, this is still the reality that the citizens of the town face every day.

Though progress is slow, the city has been working to raise water quality as well as providing support for the residents.

Despite the steps forward, the residents of Flint have suffered greatly during the two years of lead exposure and limited access to potable water.

One way that the state is seeking to correct these wrongs has been to name six state employees which the Michigan attorney general claims had a direct role in allowing the residents to be poisoned, unknowingly, for two years.

“Some people failed to act, others minimized harm done and arrogantly chose to ignore data, some intentionally altered figures … and covered up significant health risks.”

According to USA Today:

Additionally, Schuette told the press that he would make sure that those responsible were held accountable.