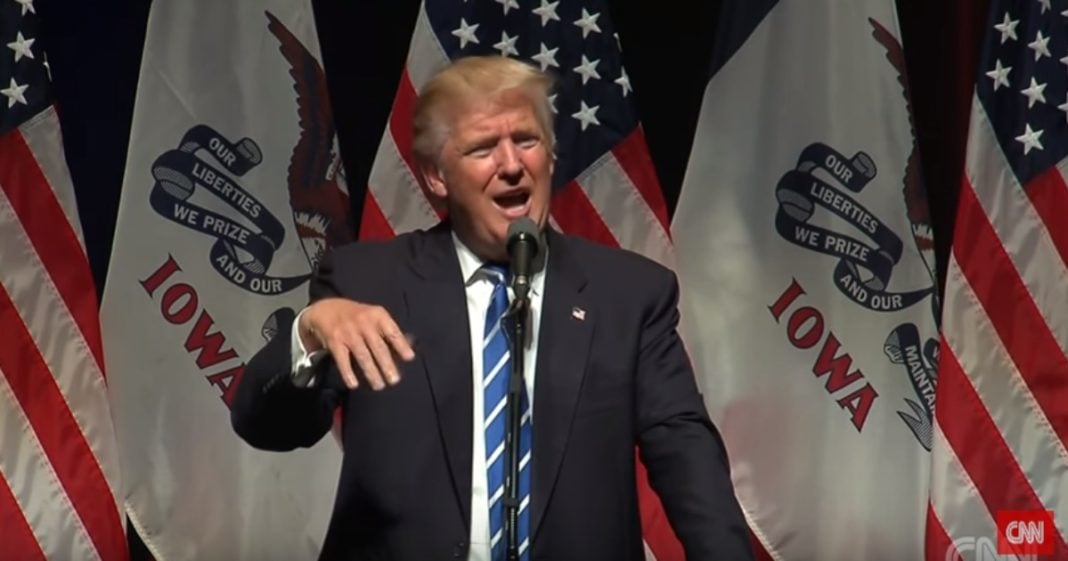 As it is well-known, Donald Trump is incredibly thin-skinned and unable to accept criticism from anyone about anything.

This was apparently so true on Thursday evening during the Democratic Convention that Trump was ready to assault various speakers at the event, threatening to hit them “so hard.”

Trump said that his intentions to become violent with other politicians and guests of the DNC were only tempered by a calming phone call from a “highly respected governor.”

“You know what I wanted to. I wanted to hit a couple of those speakers so hard. I would have hit them. No, no. I was going to hit them, I was all set and then I got a call from a highly respected governor.”

Now just in case Trump tries to pretend that he was merely being sarcastic here, what do you think? Because, to me, it sounds like was fully prepared to commit a crime against his political opponents.

Not convinced? That’s not all the demagogue said:

“I was gonna hit one guy in particular, a very little guy. I was gonna hit this guy so hard his head would spin and he wouldn’t know what the hell happened.”

The fact that Trump would not only feel this way, intend to act in this way, but also freely express his violent tendencies to the American public? He is more sick than we ever even thought.