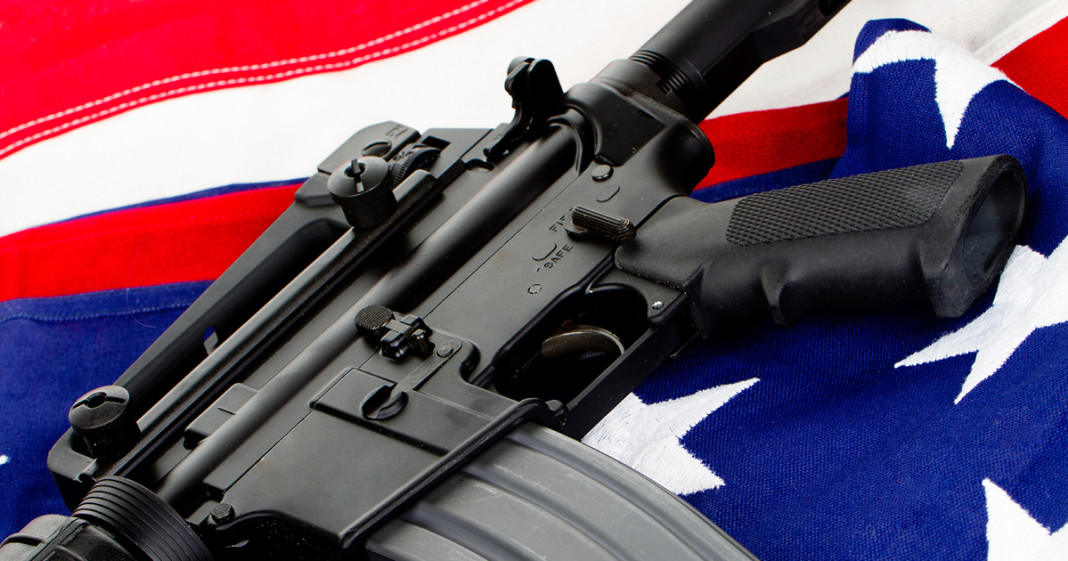 In the wake of recent mass shootings, some ignorant ammosexuals chose to honor the lives of those murdered by holding raffles which gave away the same sort of rifle which committed the Orlando mass slaughter.

One of the recipients of such a raffled gun in Oregon was a pastor who used a large amount of funds from his church to increase his chances of winning the AR-15.

Reverend Jeremy Lucas bought 150 of the 499 tickets from a local softball team raffle, saying that he was incredibly disturbed that a sports team would give away a murder weapon just days after the fatal shooting of police in Dallas.

“I want to live in a world where a girl’s softball team doesn’t have to raffle off a gun because it’s the quickest way to make money.”

Lucas didn’t intend to use the gun when he won, but instead plans to work with local artists to turn the gun into a non-weapon work of art.

This small gesture, while insignificant in the grand scheme of things, is just a small step toward changing public perceptions and helping to rid the nation of its overly cozy relationship toward a weapon built to kill.