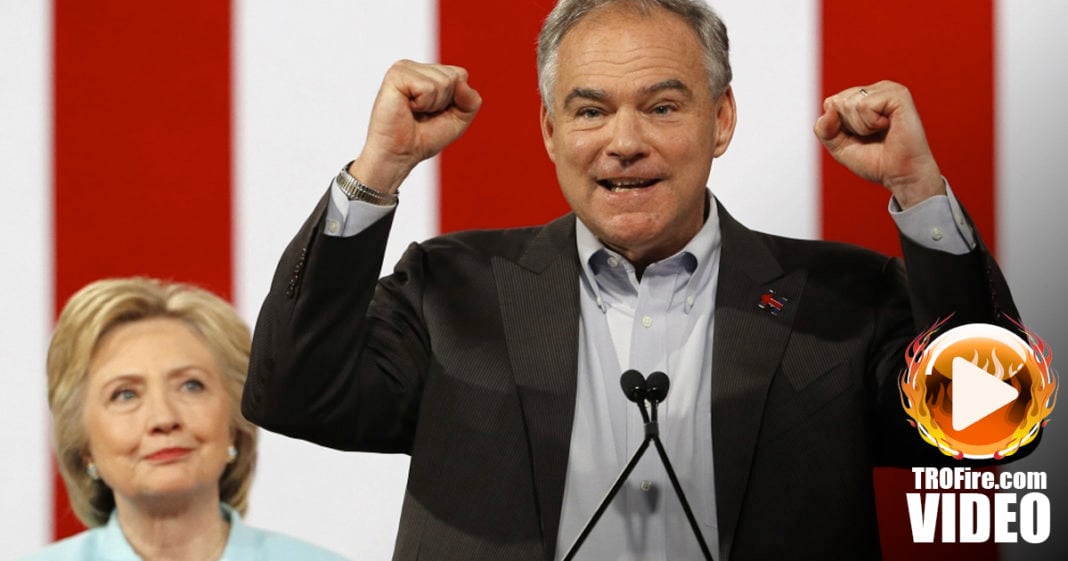 #AskROF: After picking Tim Kaine over Elizabeth Warren, has Hillary Clinton snubbed the progressive base? Is this who she really is? Ring of Fire’s Farron Cousins answers this.

I also do understand to a tiny degree why she picked Tim Kaine. They think that picking Tim Kaine is going to deliver Virginia to the Democrats. They think that having a more moderate Democrat on the ticket is going to actually help attract Republican voters, disaffected Republican voters over to the Democratic Party. In fact at Tim Kaine’s speech at the DNC, he told Republicans that don’t like Trump that we have a place for you over here. That’s not the group that Hillary Clinton and Tim Kaine need to be pandering to right now, they do need to be pandering to progressives.

Hillary Clinton did a pretty good job of that in her acceptance speech at the DNC, but it needs to be more than just talking points. We need to see outlined proposals of what they will accomplish for the progressives when they get elected. Otherwise, then absolutely yes, she has betrayed the progressive base, and they’re not going to stick with the Democratic Party. That includes a huge portion of the 18 to 30-year-old voters.

I am not happy with the pick of Tim Kaine. He is a very, very moderate, almost a little too far to the right, but I’m going to try to stay hopeful. If we continue to push them to the left, I think we can be successful, but we have to keep that pressure up. The second we let up, both Hillary and Tim Kaine are going to go to the right, and so we cannot stop.