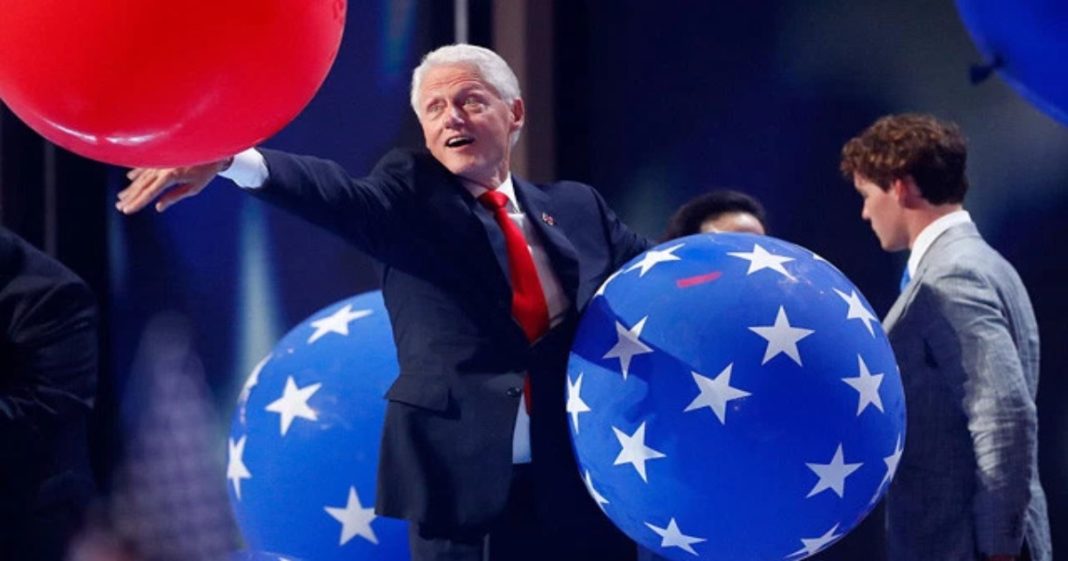 Oh Bill, you’re not the charmer you once were, but at least you’re now charming in the way of an absent-minded child!

On Thursday evening, after Hillary Clinton made her acceptance speech for the nomination by the Democratic party, a mass of red, white, and blue balloons fell to the ground, much to the joy of the entire audience.

But no one was more overjoyed by the bouncing balls than former president and soon-to-be First Gentleman Bill Clinton.

Bill walked around in the sea of balloons with the dopiest of grins, bouncing and kicking the large ones and tossing the small ones in the air with joy. Bill wasn’t the only one who seemed to enjoy the colorful orbs, and you can find photos of Hillary tossing them around as well, but the sheer open-mouthed joy from Bill just can’t be beat.

Sure, important historical things happened last night, but right now, we’re all about Bill and his balloons.