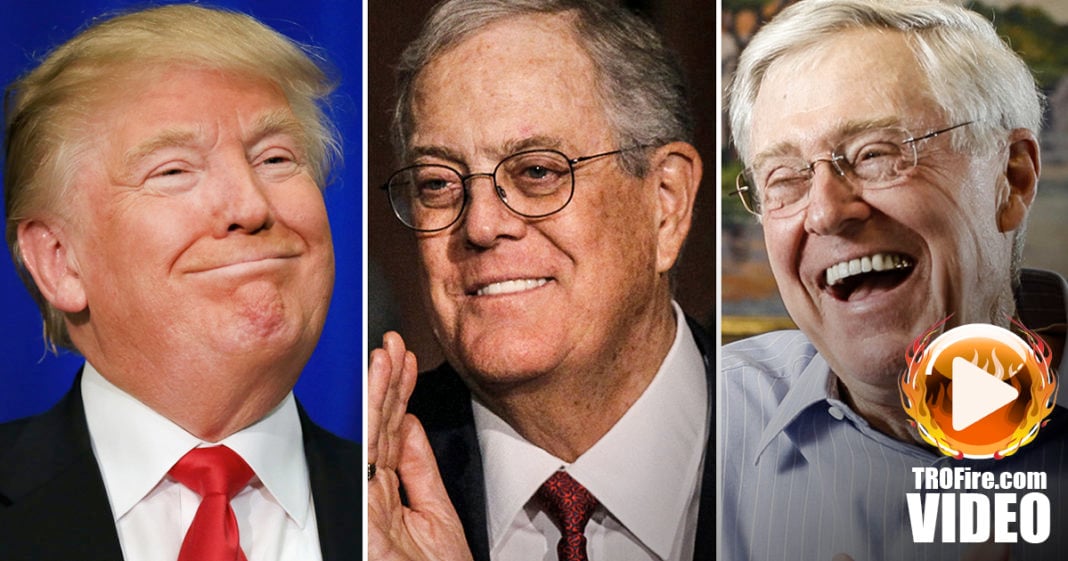 Donald Trump is desperate for money, and the few GOP donors who have opened their wallets for the man know this.  That’s why they are on their hands and knees begging Charles and David Koch to support Trump in the election. Ring of Fire’s Farron Cousins discusses this.

That has not stopped these billionaire donors from incessantly calling, emailing, and trying to meet personally with the Koch brothers to beg them to throw some of that $889 million that they’ve pledged to this election behind Donald Trump. Here’s their selling point: they’re telling the Koch brothers that any Supreme Court pick made by the next president is obviously going to last a heck of a lot longer than the actual next president. That’s absolutely true. In fact, according to articles, there could be as many as four new Supreme Court justices appointed by the next president. When we go to the polls, we need to ask ourselves which person on that ballot do we want to pick those four justices.

Back to the Koch brothers. They have no reason to throw any money behind Donald Trump because they’re putting their money right now into the areas where they can do the most damage as a corporation and that is to state governments. So far, the Koch brothers have spent more than 400 million of their 889 million pledge on state and local races across this country because they know that if they can enact laws that are going to kill solar energy in the State of Florida, that’s going to do more for them than it will putting that money behind Donald Trump. The Koch brothers are still very active this election. They’re just not backing Trump because they can win state by state and make a hell of a lot more money than they would by supporting that racist at the top of the Republican ticket.